It hasn't been a great year for FireEye (NASDAQ:FEYE) investors. Shares of the cybersecurity company have fallen more than 18% since the start of the year, and a series of disappointing earnings reports have taken a toll on the company. FireEye stock currently trades near an all-time low. 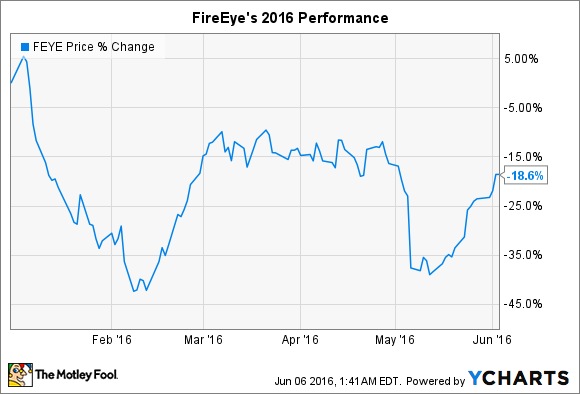 But at these levels, FireEye is as cheap as it's ever been. The company could be poised for a turnaround. Here are three catalysts that could send the stock higher.

1. There's another high-profile hack in the news

What was behind the surge? Its acquisition of Mandiant helped, but FireEye's business metrics certainly didn't double in just a few weeks. Rather, a major external event helped drive interest in FireEye's core offering. 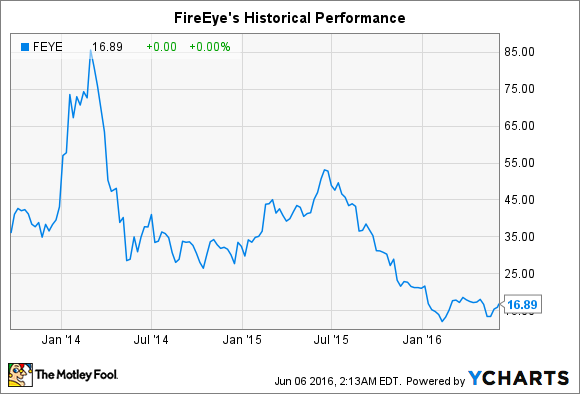 FireEye's business has expanded in recent quarters, and the company has become more complex, but fundamentally, FireEye remains a provider of advanced persistent threat (APT) protection. FireEye's services appeal to enterprises that wish to safeguard against skilled cyber criminals, working over long periods of time. In late November 2013, retail giant Target fell victim to such an attack. FireEye was one of Target's cyber security vendors, and it actually alerted the company to the threat. Unfortunately, Target's security team ignored FireEye's warnings. Still, reports about the attack (and FireEye's role) helped lift shares in the opening weeks of the year.

FireEye stock could see a similar resurgence if another attack were to take place. The market for APT protection isn't as established as other sorts of cyber security, and for that reason, FireEye's business remains speculative. The size of FireEye's total addressable market remains a subject of debate. In FireEye's most recent annual filing, it admits that "if the general level of advanced cyber attacks declines, or is perceived by our ... customers to have declined, our business could be harmed." But the inverse is also true -- another high-profile hack could reward FireEye shareholders.

FireEye isn't profitable. If it became profitable, it would certainly benefit shareholders, but management doesn't expect that to happen anytime in the near future. At least for the next few years, FireEye shareholders shouldn't bank on it. Positive operating cash flow, however, is a goal FireEye's management expects to achieve as soon as this year. Management has mostly achieved its guidance in recent quarters, but FireEye's results have come in at the low end of its forecast range. Hitting that guidance would help FireEye's business appear less speculative.

3. Another company buys it

Buying shares in a company simply in the hopes that it's eventually acquired is rarely a prudent investment strategy. Nevertheless, FireEye has long been seen as a potential takeover target. A larger cyber security vendor or IT company could scoop up FireEye's shares at a healthy premium, which would reward investors. FireEye's technology is revolutionary, and it's seeing strong demand, but the company may never be tremendously profitable as a stand-alone company. A larger company could find value in FireEye's rapid growth and fold its technology into its other security offerings.

The sale of FireEye is looking less likely, but it's still something investors should be mindful of. On FireEye's most recent earnings call, outgoing CEO Dave DeWalt was explicitly asked if his departure signaled the end of that particular bull case. "I think there's a number of people that are reading into this that perhaps you tried to sell [FireEye], it didn't happen, and then you decided to [step down]." said JPMorgan Chase analyst Sterling Auty.

DeWalt, who served as FireEye's CEO since 2012, has a reputation as a company salesman. In the past, he's run several technology companies that were ultimately acquired, most notably McAfee.  Although DeWalt is stepping down as CEO, he's staying on as chairman. During the call, DeWalt evaded Auty's question, refusing to explicitly rule out a sale.