In February, I predicted that Netflix (NASDAQ:NFLX) wasn't quite as good of a stock to buy as Amazon.com. But how does the streaming giant fair in a head-to-head comparison with its more direct competitor, Time Warner (NYSE:TWX) -- parent company of HBO? 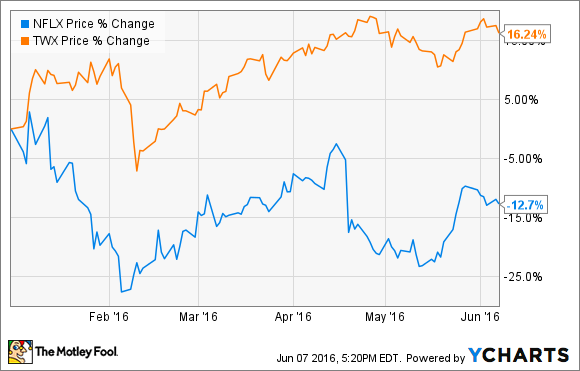 Making the comparison particularly interesting, the stocks have recently moved in opposite directions. Year-to-date, Netflix stock is down 13% and Time Warner stock is up 16%. Is Netflix a better buy after a sell-off? Or is there more merit in Time Warner's stock price -- even after it has risen higher?

Further, incorporated into the Netflix stock price is a forecast for huge earnings growth. This is evident by the stock's price-to-earnings ratio of about 350 at the time of this writing. Of course, there good reason to believe Netflix's earnings will soar higher; as the company's international markets mature, it will reduce its marketing and will benefit from greater economies of scale.

In some ways, Time Warner stock is the opposite of Netflix when it comes to the sort of investors it likely attracts. Trading at a price-to-earnings ratio of 15, Time Warner's valuation is very conservative relative to the powerful segments under its name, including Turner, HBO, and Warner Bros. 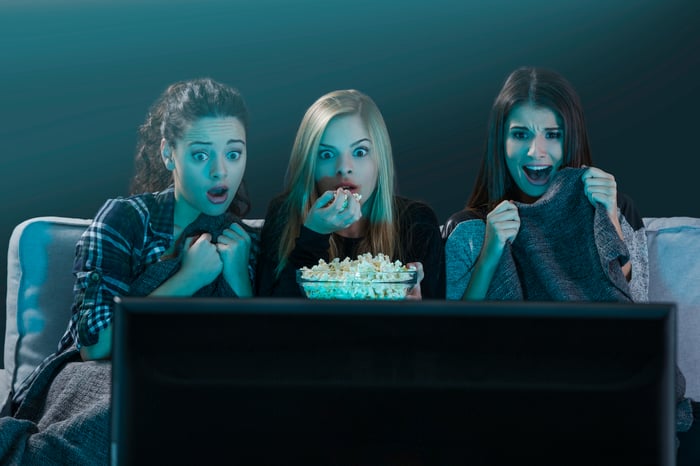 There's a solid reason, however, for the stock's conservative valuation. Revenue growth is unimpressive -- up 2.2% in the trailing-12-month period. And some investors worry Time Warner may continue to struggle with revenue growth as Netflix and other streaming-video subscription services build out their audiences and ramp-up their production of original content.

Fortunately, HBO has shown promise recently. Its year-over-year revenue growth accelerated to 3% in its most recent quarter. The company benefited from investments in "great content and new capabilities in order to take advantage of the growing demand for high-quality video content around the world," Time Warner CEO Jeff Bewkes said in its first-quarter press release.

And the company's financial maturity is paying dividends -- literally; adjusting operating income increased 11%, and the stock pays out a 2.1% dividend yield at the time of this writing.

Overall, choosing between these two stocks comes down to betting on Netflix's dominance in the fast-growing streaming space or Time Warner's conservatively valued iconic brands and proven industry scale. While I wouldn't sell Netflix stock simply because of its pricey valuation, Time Warner's comparatively cheap stock price is enough for me to more confidently place my bets on the HBO parent over Netflix.