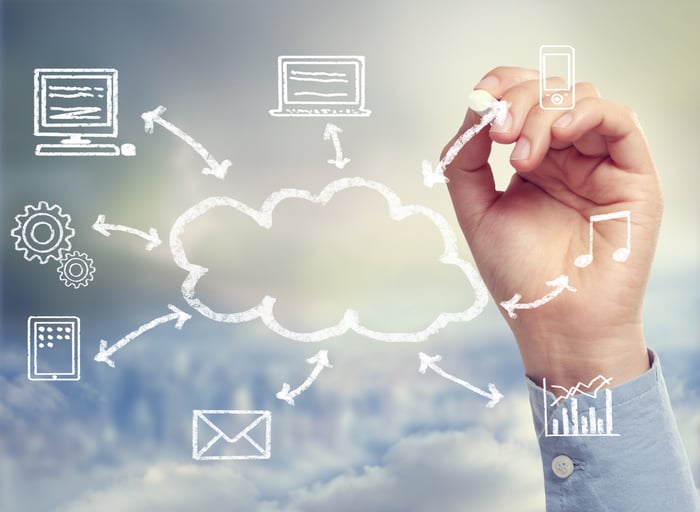 Ever heard of Veeva Systems (NYSE:VEEV)?

Well, you aren't alone. The company just went public in 2013, and has a relatively small market cap of just $4.8 billion. While stock market giants see upwards of 10 million shares trade hands per day, Veeva has just a fraction of that level of activity.

Hopefully, though, by the end of this article, you'll agree with me that Veeva may just be June's best stock to buy.

Who's at the helm of Veeva, and what does the company do?

Peter Gassner was a longtime senior vice president at salesforce.com (NYSE:CRM), before leaving the company in 2007 to found Veeva. While working at Salesforce, Gassner realized that pharmaceutical companies had very specific customer relationship management (CRM) needs from the cloud -- in part because the industry is so heavily regulated.

While Salesforce's solutions were workable for these clients, Gassner thought he could do better -- which led him to found Veeva nine years ago. Gassner has significant skin in the game: he holds over 14 million shares (worth about $490 million) and controls nearly 27% of the company's voting rights.

What makes Veeva such a great investment?

Last month, the Government Accountability Office (GAO) came out with a stunning story: The U.S. was still running its nuclear missile program using 8-inch floppy disks! That's insane. And it underscores just how hard it can be for organizations to change the technology they rely on.

While I hardly think the same level of Stone Age practices could be found at today's pharmaceutical companies, it underscores Veeva's key sustainable competitive advantage: high switching costs. Once Veeva signs on new customers, it becomes painfully expensive -- in man-hours, headaches, and money -- for those companies to switch platform providers.

The key is getting new customers, and Veeva has done just that... in droves. Between 2007 and today, Veeva has gotten 212 companies to sign on to its flagship Veeva CRM offering. Veeva Vault -- a product that helps companies manage the drug approval process and will likely be the key growth driver over the next five years -- has done even better, netting 219 customers even though the service has only been around since 2011. The company's two nascent offerings for the future, Veeva Network and Veeva OpenData, had 35 and 70 customers signed on, respectively, by the end of 2015.

And then there's the company's optionality, or the option to attempt to enter new markets that have little downside but unlimited potential upside.

During the most recent conference call, Gassner announced that given the popularity of Veeva Vault and demand from certain industries the company would begin offering Vault outside of the life sciences field, and enter into other heavily regulated industries where its software could add value. This is huge news, and it shows just how versatile the company could be -- and how popular its solutions are.

Given that Gassner believes Veeva has only penetrated 5% of its total addressable market in life sciences, this means the runway for growth is even bigger than previously thought.

It's no secret that investing in growth companies isn't for the faint of heart. Veeva currently trades for 92 times GAAP earnings. But I think there are a number of ways to look at Veeva stock today and see it for the good deal that it is.

I like free cash flow (FCF) the best because it doesn't allow for the same level of account gimmickry, so it lets investors know just how much money the company keeps in its pockets over the course of a year. It's also worth noting that Veeva's $129 million in FCF is 115% higher than a year ago.

It's also worth noting that most cloud companies at this stage of development still have years to go before being FCF positive, let alone profitable on an earnings basis. That lends a level of safety for Veeva investors. The company's $457 million in cash on the books and no long-term debt offers downside protection as well.

Combine all these factors, and I see a small company with a growing moat that has enormous opportunities in front of it. That's why, when trading rules allow, I'll be more than doubling my position in Veeva -- and I think you should consider it as a stock to buy in June.