The Vanguard Institutional Index Fund (NASDAQMUTFUND:VINIX) is part of a group of Vanguard S&P 500 funds that manage more assets than any other mutual fund offering on earth -- and it's all due to its tiny expense ratio.

Here's how and why this fund has become a titan in the fund world, even earning the admiration of famed investor Warren Buffett.

Vanguard launched the Vanguard 500 Index Fund in 1976, following it up with a number of alternative share classes in later years. This first fund share class exists today under the name "Investor Shares" but has been surpassed in assets by newer, lower-fee share classes. 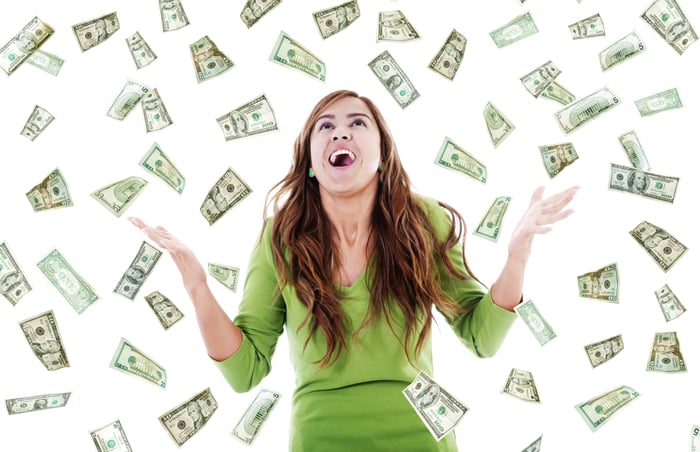 The institutional focused fund wasn't launched until 14 years later, in 1990, when Vanguard rolled out an even less expensive fund to target larger institutional investors.

As late as it may seem, the Institutional share class was actually quite early in the index fund revolution. It predated the SPDR S&P 500 ETF (NYSEMKT:SPY) by three years, and to date, Vanguard's S&P 500 funds in various share classes contain more than twice the assets of the SPDR, which has become synonymous with index funds.

The best reason to own a Vanguard fund is the low expense ratios its funds carry, with its institutional share classes being the least expensive. Investors who use this fund to invest in the S&P 500 Index enjoy a tiny 0.04% annual expense ratio on a minimum investment of $5 million.

(Minimum investments are often waived for individual investors who participate through retirement plans and thus receive access to the institutional share classes.) 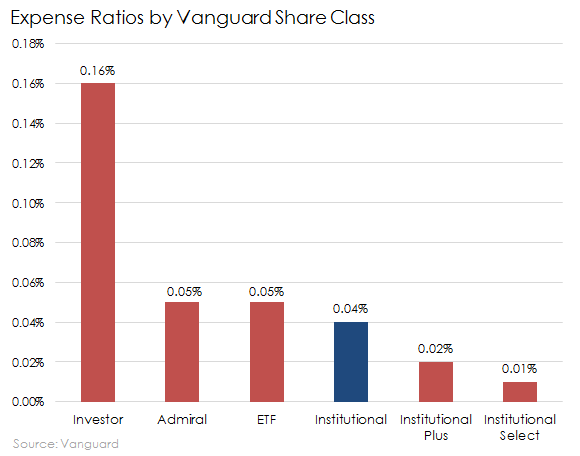 Beyond fund fees, index funds are better at avoiding tax bills that come with actively managed funds. Index funds tend to trade stocks less frequently, thus triggering fewer realized gains that result in tax bills for their investors. Notably, this fund has ranked in the top decile for tax efficiency for the last 10 years, according to fund data provider Morningstar.

John Bogle founded Vanguard under the simple premise that an index fund could beat the performance of most actively managed funds by simply having lower fees. Bogle noted that the average return of all stock funds must equal the returns of the stock market, minus fees. Thus, by having below-average fees on a fund that tracks the market's most important index, Bogle could create a fund that performed above average.

Bogle's vision came to fruition. The Vanguard Institutional Index Fund has outperformed the average large blend mutual fund by 0.48% per year over the last 15 years, and by 0.96% over the last 10 years, according to Morningstar.

That outperformance is not insignificant. A $10,000 investment in Vanguard's Institutional Fund 10 years ago would be worth a little more than $20,220, compared to $17,670 for the average large blend fund.

There's nothing remarkable or ground-breaking about the Vanguard Institutional Index Fund. By investing in it, you'll receive the returns of the S&P 500 minus the virtually inconsequential annual expense ratio.

Over history, owning the S&P 500, which essentially includes 500 of America's largest companies and roughly 80% of U.S.-listed stocks by market value, has been a very good wager. Even famed investor Warren Buffett agrees -- he's instructed a trust for his wife to invest 90% of its assets in a S&P 500 fund just like Vanguard's Institutional Shares.