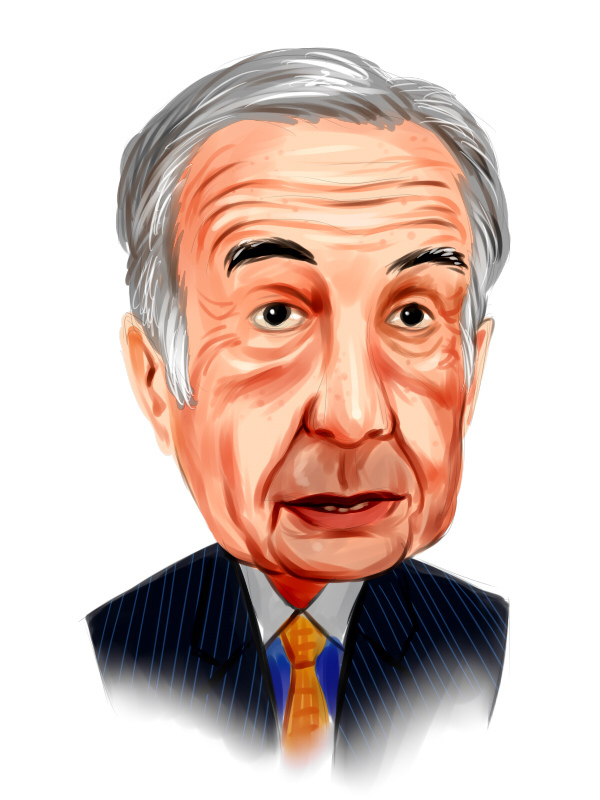 The fourth richest investor in the world with a net worth Bloomberg pegs at $19.7 billion, Carl Icahn is a legendary figure on Wall Street. Although he described himself today as a "Graham-and-Dodd guy," in a reference to Ben Graham and David Dodd's seminal text, Security Analysis, I think Icahn is more Jesse Livermore than Warren Buffett. Nevertheless, he is fascinating character who is always worth listening to. Here are some choice quotes from a wide-ranging interview on CNBC today.

I don't think anybody can really pick the market on any short-term basis; I think that's sort of a ridiculous thing. It's almost like picking, "Will the red or the white or the red -- you know, a black come up on a roulette table?"

On the market's current valuation

I don't think it's fair to say that I've always been bearish -- look at our record. But I think there are times -- and I've been pretty bullish -- but I really think now, I look at this market and you just say look at some of these values and you just have to wonder.

On the Fed blowing bubbles

The Federal Reserve is holding up this economy. I just don't think you can have [near] zero interest rates for much longer without having these bubbles explode on you, so you need fiscal stimulus.

On the fear of government budget deficits

This whole obsession with the deficit is ridiculous. The right wing of the Republican party -- if you talk to them, you ask them what's so bad with the deficit at this time?, and really there is no answer, they just can't answer it. I would tell you in an economy like ours, where you have a reserve currency, this fear of the deficit is just completely overdone.

I'm the first to say that there are too many buybacks, by the way. I think that many companies are doing buybacks rather than put money into much-needed capital improvements. There are many companies I could point; in fact, I'm short some of them -- I'm not going to go into my short positions.

On the perverse link between executive compensation and share buybacks

You really have a real problem, if you want to think about it. Just think about this as a paradigm. You have CEOs that have a lot of [options or restricted stock] vesting that's coming up, so say they know that in three years from now or four years now, there's going to be vesting. Three years come due, now they're vesting, they want their stock up, or their options are vested and they want 'em up.

So what do they do? Instead of taking the money that [Federal Reserve chair] Janet Yellen gives them by the courtesy of zero interest rates, instead of taking it and putting it into capital expenditures.

I'm an old Graham-and-Dodd guy -- where's the money going into capital? Look at our productivity in this country -- it's terrible. What do those guys do? You can't blame them: They're going to do what they can legally to make themselves a hundred million bucks. They take the money and do a buyback ... so I'm no great fan of buybacks generally.

On his investing style

People say I'm a short-term guy. I'm not: My average holding period is seven years -- I've looked at my portfolio.

You know, we made several billion dollars on it. You look at the portfolio, you say: "You know, Apple's a great company, but what happens if China really has trouble?" ... I still think Apple is a great company. I like Tim Cook; I think he's doing a great job and I would get back in if I felt more secure about China.

Channeling Keynes on the Apple investment

Things change. I worry about China; China is a problem and you have to change your opinion sometimes.

[Note: Things must have really changed for Icahn to have sold Apple. A little over a year ago, he told Wall Street Week: "Every 50 years you get a company like this that has everything going for it." For a detailed discussion of what to make of Icahn's exit and Berkshire Hathaway's recent Apple investment, I recommend this week's blog post from valuation guru professor Aswath Damodaran.]

Today's (other) quote of the day comes from highly respected financial economist Andrew Smithers, who agrees with Icahn on the roots of low U.S. productivity growth:

[T]he bonus culture rewards chief executives who keep investment down. We are not going to solve this problem until we recognize the low investment causes poor productivity and consider how to change the perverse incentives that cause low investment.