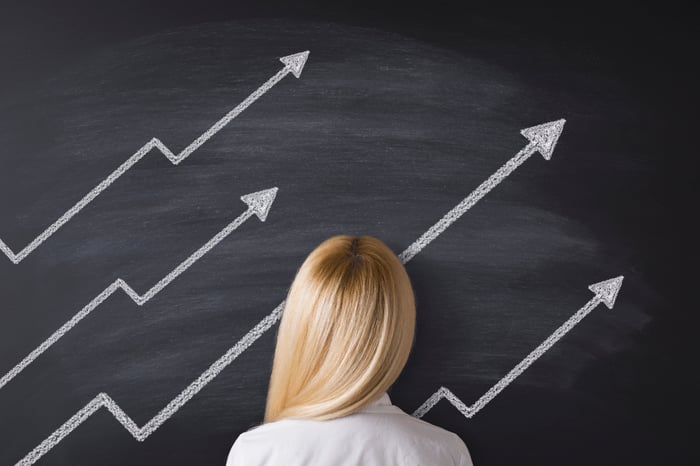 What: Shares of Advaxis, Inc. (NASDAQ:ADXS), a clinical-stage biotech company developing cancer immunotherapies, rose 19.6% last month, according to data from S&P Global Market Intelligence. Although May 2016 may have been the least eventful month in the company's 14-year history, the plunge in the stock's price that began in April brought some bargain-bin shoppers out of the woodwork. 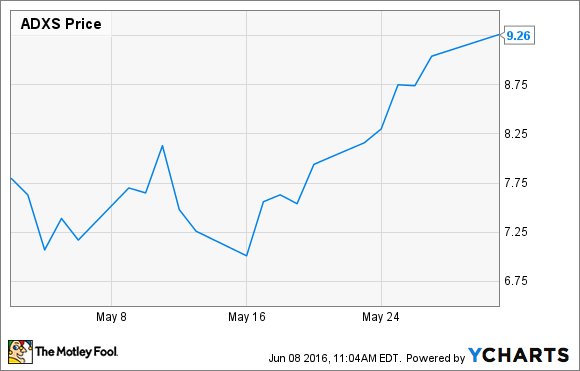 So what: At a couple of points in the first half of May, Advaxis' market cap sank to about $240 million. This company has been advancing its clinical-stage pipeline at a snail's pace, but it has managed to fund its operations with equity and is practically debt-free. It ended April with current assets (those generally considered convertible into cash within 12 months) of about $98.5 million and a book value of about $95.2 million, which might be undervaluing its clinical-stage pipeline just a bit.

Granted, this pipeline is entirely based on using engineered bacteria that's supposed to infect tumors specifically and then cause the cancer cells to stimulate an immune response. If this approach doesn't work out, it would probably be game over for Advaxis.

The good news is, Merck and AstraZeneca seem to think its clinical assets are at least worth the time of day, and are providing Keytruda and durvalumab, respectively, for use in combination studies.

Now what: Interest from bigger players should be on your checklist for buying clinical-stage biotech stocks, but you should also look at the amount offered to enter collaboration agreements. Merck and AstraZeneca have provided nothing but their drugs to use in trials sponsored and funded by Advaxis.

Should one of the studies underway succeed, it could lead to a deal. During its fiscal year ended last October, Advaxis spent about $3.6 million on its combination studies with these two drugs. If they don't result in a deal, those funds won't be reimbursed.

While the company has done a terrific job of limiting its debts, it's funded its operations by raising equity -- lots of equity. Shares issued in recent years have diluted long-term shareholders' slice of any future profits to practically nothing. 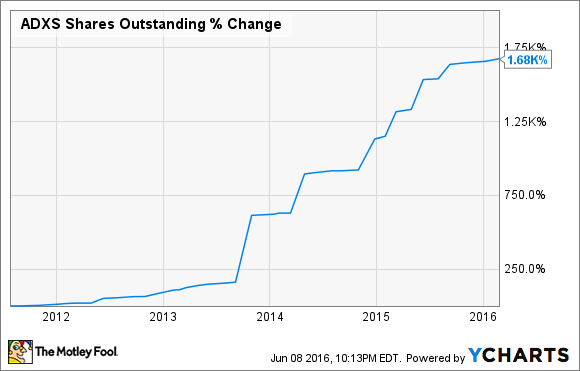 If you bought in five years ago and the company, purely for example, began earning a profit without selling another share, every $1 earned based on the share count five years ago would amount to less than $0.06 going forward. It's hard enough to gauge what rate of return you might earn from any drugmaker, but this level of share dilution slims it to just about nothing.

At a recent conference, Advaxis announced some encouraging mid-stage clinical results with its lead candidate, axalimogene filolisbac, or AXAL, for treatment of advanced cervical cancer. Unfortunately, the death of a patient more than two years after her last treatment with AXAL caused the Food and Drug Administration to put four trials with the drug on hold for over two months. The investigator ruled that the cause of death was due to progression of her cervical cancer, but a routine blood culture during her hospitalization tested positive for the strain of bacteria AXAL is based on a few weeks before her death. The strain of bacteria is weakened and rendered highly susceptible to antibiotics, but you should consider the odds of similar issues disrupting future studies.

You should also consider that the results from its lead candidate presented in June were from a trial that began in 2011. Given the rate of share dilution we've seen in recent years, it might be best to wait until the company gets much closer to filing an application before you go bargain shopping yourself.