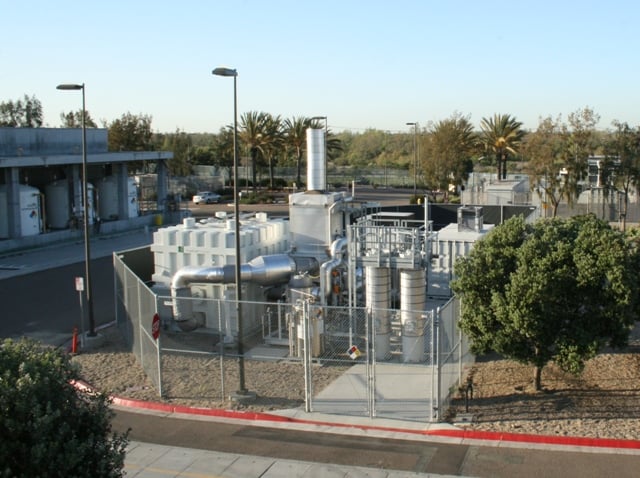 FuelCell reported $28.6 million in revenue collected in Q2, flat against last year's Q2. Unfortunately, the same could not be said for "earnings" (which in the context of fuel cell companies, usually means "losses"). Heading into the earnings report, analysts had been hoping to see FuelCell report $0.40 per share in GAAP net losses. Instead, management was forced to fess up to a per-share loss of $0.56 -- 27% worse than last year, and 40% worse than analysts had predicted.

This news alone was probably enough to explain FuelCell stock's 16% decline in early Thursday trading. But in fact, the news only got worse from there...

Losses, or, "When is stock dilution a good thing?"

FuelCell's loss was much bigger than expected -- but it could/should have been bigger still.

Over the course of the past year, FuelCell has issued about 4.5 million new shares, expanding its share count by 19%. A side effect of that is that the aggregate amount of the money it's losing is getting split up into smaller and smaller losses per share, making the losses seem less extreme than they would otherwise appear. (A further side effect is that, in the event the company ever earns a profit, each individual shareholder's share of that profit will now be even smaller.)

As already mentioned, overall sales at FuelCell last quarter were basically flat against year-ago levels. Service agreements and licensing fees raised more than twice as much money for FuelCell in Q2 2016 as they did in Q2 2015. However, FuelCell experienced a 24% year-over-year decline in revenue from the actual sales of products.

Management insists that it has "more than 125 megawatts of fuel cell project bids outstanding," the implication being that product sales will probably grow in the future. This, by the way, is only half as much as the "250 megawatts' worth of power production capacity" that analysts, who are bullish on FuelCell, believe it might be hired to build over the coming years.

In fact, though, FuelCell's "product sales backlog" has declined by 44% since this time last year, falling from $91.6 million to just $51 million worth of products on order. The implication: While FuelCell may be good at bidding on contracts, it's having less success actually winning them.

Despite losing so much money last quarter, FuelCell actually leads the pack in profitability (which again, in the context of FuelCell, Plug, and Ballard, really translates as "losing money"). According to data from S&P Global Market Intelligence, FuelCell's trailing-12-month operating profit margin of negative 25.3% shows it still to be less unprofitable than either Ballard Power (negative 37.7%) or Plug Power (negative 53.1%).

In short, bad as FuelCell Energy is doing, it's still actually the closest of these three companies to the goal of not losing money from its business. For investors in Plug or Ballard, that may be the scariest fact of all.