Over the past year -- 52 long, long weeks -- Cisco Systems stock has achieved a total share price appreciation of approximately zero dollars and zero cents. And after watching Cisco flatline for so long, Goldman Sachs finally threw in the towel this morning.

Downgrading from buy to neutral, Goldman Sachs issued a report this morning lamenting that Cisco is "running out of levers" to pull to expand its revenue, grow its profits, raise its profits -- or any or all of the above. In short, Goldman is calling it quits. 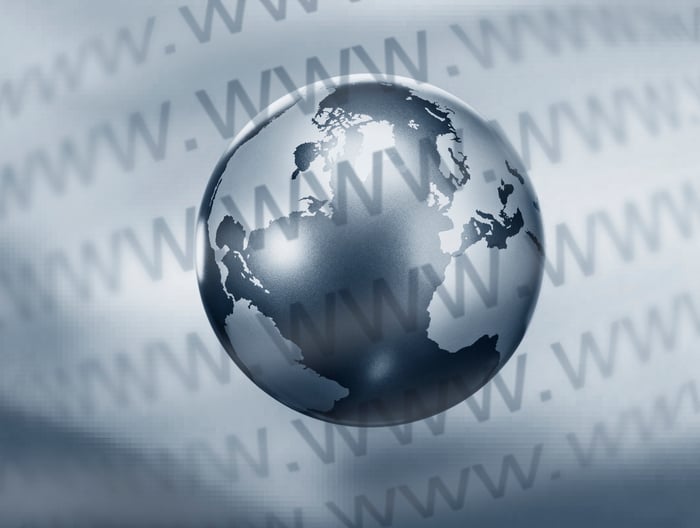 Cisco's systems make the world go round, but lately, the world seems to be spinning slower. Image source: Getty Images.

As Goldman explained in a report written up on StreetInsider.com this morning, Cisco Systems has been doing its best to keep its share price above water this past year by pulling three "levers" to juice its growth. The first of these has been to steal market share from its rivals in computer servers -- but Goldman warns that this lever is starting to look stuck.

According to the most recent data from market analysts at IDC.com, Cisco Systems boasted a 6.2% market share in servers in Q3 of 2014, grew that 40 basis points to 6.6% by Q3 of 2015 -- but then saw its share slip back to 6.1% by the end of last year. That still leaves Cisco stuck in fifth place behind rivals Hewlett-Packard Enterprise Company, Dell, IBM, and Lenovo -- in that order.

As former GE boss Jack Welch once famously quipped: "When you're No. 4 or 5 in a market, when No. 1 sneezes, you get pneumonia."

Thing No. 2: The second lever is already maxed out

That already sounds pretty bad for Cisco, but according to Goldman, it gets worse. The second lever Cisco has been pulling to keep profits growing, you see, has been to expand its operating profit margins. But Cisco already earns an operating margin north of 25.3%.

That means its profitability per revenue dollar is already "at a 10-year peak." And so there's probably not much more Cisco can do to grow on that front. From this point on, unless revenue goes up, profits can only go down.

Thing No. 3: There's only so much money to go around

In a final vain attempt to keep profits per share growing despite maxed-out profit margins and stagnant market share gains, Goldman notes that Cisco has been pouring cash into share buybacks, and loading up on debt to fund those buybacks.

According to data from S&P Global Market Intelligence, this has permitted Cisco to retire about 7% of its shares outstanding over the past five years. But as Goldman points out, buybacks and dividend payouts have consumed "90% of FCF ... over the last 3 years." And Cisco just announced a 24% increase in the size of its annual dividend -- money that will no longer be available for buybacks. This implies that if Cisco intends to buy back more shares, to further concentrate the profits it makes among fewer shares outstanding, then the company is going to have to begin drawing money from its cash reserves -- or take on more debt -- to fund the buybacks.

Granted, both of these options are still available. It's certainly possible that Cisco will continue buying back stock. But even in the best case. Goldman fears that earnings-per-share growth over the next few years will average no more than 4.6% annually -- significantly lower than the "EPS CAGR of 7.6% over the last 5 years."

So assuming Goldman Sachs is right about that, where does all this leave investors?

Currently, Cisco is earning about $10.2 billion in annual profit, and generating $12.7 billion in free cash flow annually. On a $144 billion market capitalization, that works out to a 14.1 P/E ratio for the stock, and an 11.3 price-to-free-cash-flow ratio. Neither number looks particularly expensive -- except when viewed in the light of a projected sub-5% growth rate.

Long story short, when Cisco was growing at 7.6%, and paying a 3.6% dividend yield, the stock was arguably fairly priced, and worth paying 11.3 times earnings before. But if it isn't growing, it isn't worth buying -- and Goldman Sachs is right to downgrade it.