A joint venture headed by TransCanada (NYSE:TRP) has won a lucrative pipeline project in Mexico. The company's Infraestructura Marina del Golfo, a 60-40 joint venture between it and Sempra Energy's (NYSE:SRE) Mexican subsidiary IEnova, was chosen to construct and operate an offshore natural gas pipeline in the country. The TransCanada-Sempra tie-up secured the job with a bid of around $2.1 billion. 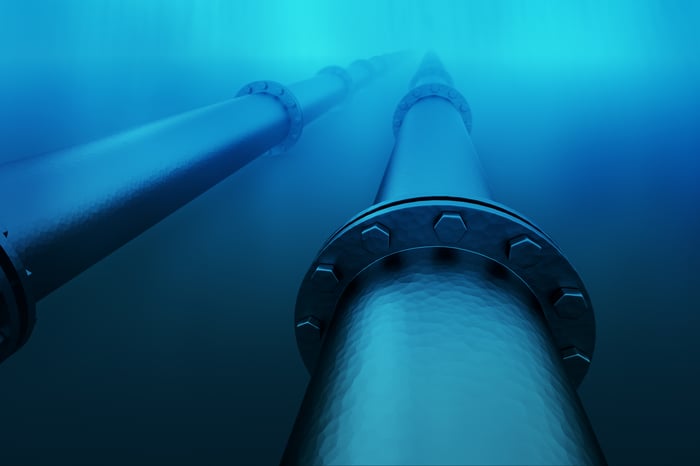 The Sur de Texas-Tuxpan pipeline will stretch from the Gulf of Mexico just south of the U.S.-Mexico border to the state of Veracruz. It will be nearly 500 miles long.

Expected to be completed and operational by late 2018, it will require about $1.3 billion in investment from TransCanada. The company shouldn't have much of a problem recouping that money; the project is supported by a 25-year, 2.6 billion-cubic-feet-per-day gas transportation service contract with CFE, the country's state-owned power company.

TransCanada and Sempra's victory in the bid should not have come as a surprise to anyone. After all, the joint venture was the only bidder following the disqualification of a potential rival, Ducto Mar Gas.

Nevertheless, it solidifies TransCanada's grip on the Mexican pipeline market. The company already has current and in-development assets there totaling approximately $5 billion. In fact, it was one of the first private companies to build gas pipelines in the country.

Mexico is a good place for a pipeline operator at the moment, so TransCanada is well positioned to benefit. According to some estimates, the country's demand for U.S. natural gas is estimated to double over the next 10 years, a much higher rate of growth than that expected in the U.S.