The coffee king's strategy can be best understood by its focus on this one type of customer.

In a little more than a generation, Starbucks (SBUX -1.88%) has gone from a mom-and-pop coffee business to one of the most recognized brands in the world. As of its latest earnings report, it had nearly 24,000 cafes around the globe, topped only by McDonald's and Subway in number of restaurant locations.

Starbucks has succeeded largely by offering customers an affordable luxury in the form of a decadent coffee drink, and a "third place" -- neither home, nor work -- where they could relax and take some time for themselves.

More than any other company, Starbucks deserves credit for changing the coffee experience in the U.S. and much of the world. Thirty years ago, espresso drinks like lattes and cappuccinos and their variations were mostly confined to Italian restaurants, while Americans sipped instant coffee or watered-down drip coffee for a caffeine buzz. On a visit to Italy, Starbucks CEO Howard Schultz recognized the opportunity of bringing such a traditional cafe to the U.S. The rest is history. 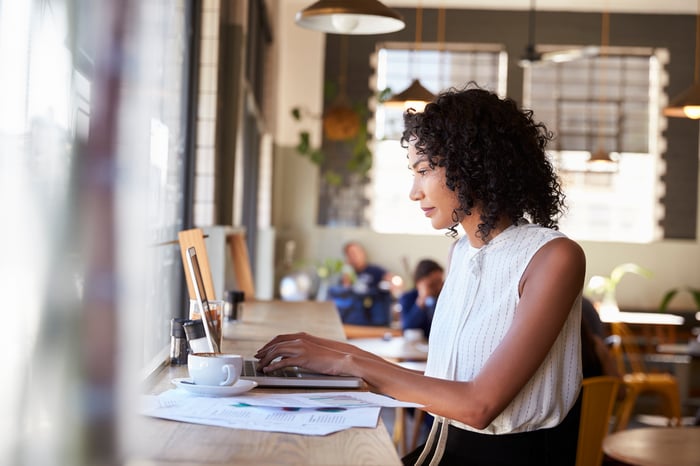 Who is Starbucks' favorite customer?

Its target demographic is urban and affluent, often on-the-go white-collar professionals looking to take their caffeine fix with them to the office. The company considers its core customers to be educated, with an average age of 42, and average income of $90,000.

Starbucks focuses on this demographic by opening stores in upscale neighborhoods, making customer service a priority by paying above average wages for the restaurant industry and offering benefits like health insurance and tuition reimbursement.

The company's cafes are often seen as a token of gentrification, and a study by Zillow found that Starbucks locations tend to increase surrounding home values. Unsurprisingly, the company and its clientele seem to follow each other.

Transitioning to the take-out customer

When Schultz first began growing the Starbucks brand, he conceived of the cafe chain as a "third place" where customers could relax with a tasty beverage. Increasingly, however, the company is focusing on higher value take-away customers, who don't require features like a seating area, bathrooms, wi-fi, or cleanup in the way that sit-down customers do, yet they pay the same price for their orders as higher-maintenance customers. In recent years, the company has invested heavily in its Mobile Order & Pay platform in order to quickly serve such on-the-go customers, and discouraged customers from lingering on laptops by removing seats in some stores and replacing cozy furniture like couches with hard-surfaced chairs. Starbucks also said that about 60% of new stores in the U.S. will be drive-thrus -- another way of reaching take-away customers. More recently, the company has begun experimenting with Express stores, an ultra-small format at just around 500 square feet, designed for commuters to quickly grab a drink and go.

As Starbucks continues to expand, expect it to de-emphasize the laptop-wielding sit-down customers and find new ways to cater to those taking their orders to go. 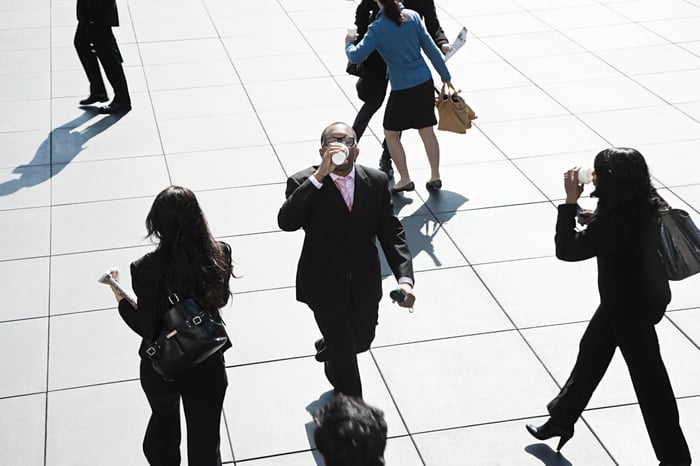 Searching for a sweet tooth

Finally, while the young, urban, and affluent make up Starbucks' core customer base, not all orders are equal. For instance, a customer who regularly orders a specialty coffee drink for $5 is much more valuable than one who only gets brewed coffee for $2. The margin on beverages tends to be higher than food in the restaurant industry, so while Starbucks would like you to order a pastry or sandwich -- especially as it's invested in making its hot food options more appealing -- to go with your drink, the beverage tends to be the more profitable of the two items.

Bringing it all together, it seems like Starbucks' favorite customer is a young, urban, affluent, white-collar professional who orders a specialty coffee drink to go, taking it with them in the car or to the workplace. This customer gives Starbucks its most profitable business, and the company has taken steps, such as Mobile Order & Pay, to prioritize them, which has proven overwhelmingly popular since it launched last year.

Jeremy Bowman has no position in any stocks mentioned. The Motley Fool owns shares of and recommends Starbucks and Zillow Group (A shares). We Fools may not all hold the same opinions, but we all believe that considering a diverse range of insights makes us better investors. The Motley Fool has a disclosure policy.