What: Shares of fast-casual restaurant chain Chipotle Mexican Grill (NYSE:CMG) are down 17% year to date as of June 21, according to data provided by S&P Global Market Intelligence. The fallout from a string of health crises last year continues to negatively affect sales and profits. With Chipotle making little progress winning back customers, investors have driven down the stock price.

So what: Chipotle's problems began in July of last year, when the first reports of E. coli at the company's restaurants surfaced. Over the next few months, multiple norovirus outbreaks, additional cases of E. coli in multiple states, and dozens of cases of salmonella made it clear that some part of Chipotle's safety procedures had broken down. 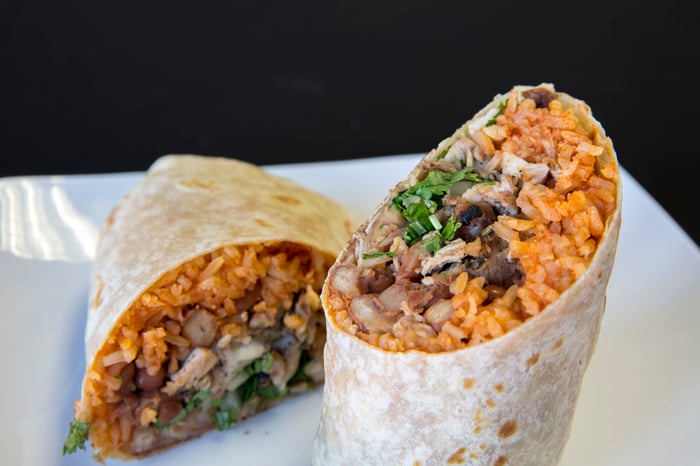 The stock began to tumble in October, shedding 33% in just three months. Chipotle stock recovered a bit early in 2016, but reports of employees getting sick at a Massachusetts location in March, followed by a disastrous first-quarter report in April, sent the stock tumbling again. 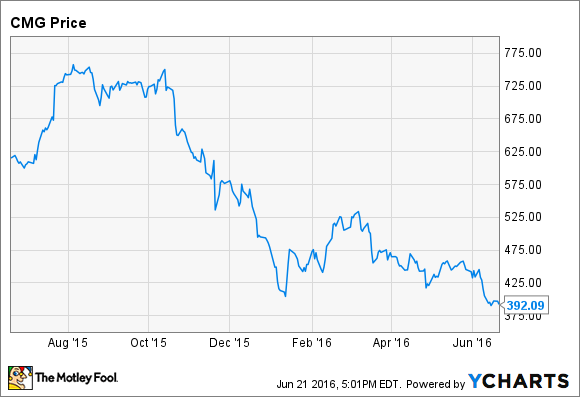 Chipotle reported a 29.7% decline in comparable sales during the first quarter, driven by a 21.1% decrease in transactions. Restaurant-level operating margin was just 6.8%, down from 27.5% during the same period last year. Overall, the company posted a net loss of $26.4 million, its first quarterly loss as a public company.

Now what: It's impossible to say how long it will take for Chipotle to win back the trust of its customers. The company built its brand around the idea that its food is high-quality, natural, and locally sourced, a message that has worked extremely well. A series of health scares was the worst thing that could have happened, destroying in an instant the image that the company has worked so hard to cultivate.

I suspect that it will take longer than many people think for Chipotle to right the ship. The company's reputation is damaged, and plenty of fast-casual chains with a similar focus on quality have no doubt absorbed the business fleeing from Chipotle. Winning back customers will take time, and all the free burritos in the world won't change that.