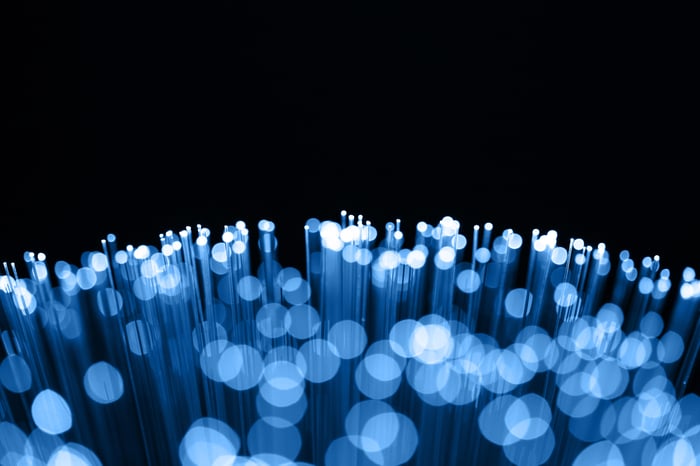 The purchase is notable for investors as the purchase shows Google Fiber is not afraid to expand by buying up other ISPs (as opposed to just building out everything itself). This continues to prove that Fiber isn't simply a pet project Google has on the side, but is instead a slowly growing challenger to traditional ISPs, namely Charter Communications and Comcast Corporation.

The Webpass purchase will allow the company to bring its internet service into California much faster. Webpass has gigabit internet in 10 cities across the country, with half of those being in California. Google Fiber has already indicated that it wants to bring its service to San Francisco (where Webpass already has a presence) and the purchase could speed up those plans.

Google Fiber only operates in six cities right now, after launching its service in 2011. The company has plans to come to an additional six cities, with an additional 12 marked as "potential" Fiber cities.

For now, Webpass will keep its own branding and customers. But the purchase not only gives Google Fiber access to more users, but it also allows Fiber to use different internet service technologies. Webpass beams its internet to buildings (usually apartment complexes and businesses), while Google's spent the past few years laying its own fiber cables. This might be a way for Google to test out internet service provision through a different method.

It's hard to imagine right now that Charter or Comcast would be worried about Google Fiber. But Google's modest internet footprint has already made big waves in the industry. In nearly every city where Google Fiber has come, or is about to come, Time Warner Cable (before it was purchased by Charter), Comcast, Verizon, and AT&T have almost always increased their Internet speeds, dropped their prices to match Google's, or both.

Google's ultimate goal is to put pressure on ISPs so that they deliver faster and cheaper services because that encourages more internet users to spend time searching online, and ultimately looking at more Google ads.

Any expansion of Google Fiber, including the company snatching up smaller ISPs, should be worrisome for the larger providers. Google Fiber purchased iProvo before it expanded into Utah, and there's no reason why the company won't continue to make more purchases in the future. I wouldn't be surprised if we continue to see Google build out its own fiber connections as it keeps buying up more providers across the country as well.

I wouldn't buy Alphabet's stock based on what Google Fiber is doing, but investors should continue to keep an eye on the company's internet expansion and its negative effect on its competitors. Between laying its own fiber, investing in internet-beaming balloons, and the purchase of smaller internet providers, it's clear there's not much Google won't do to ensure that it grows its internet services.