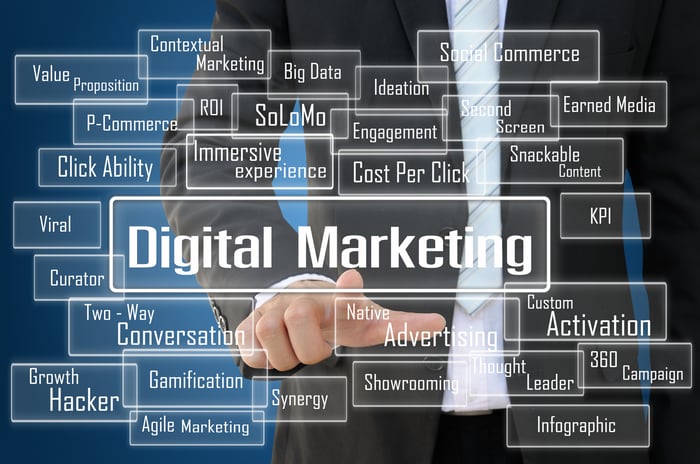 In the marketing realm, television is king. And it's been that way for decades. From the early advent of the device, the fortunes of television and its advertisers have been inextricably linked. Whether it was R.J. Reynolds sponsoring NBC's Camel News Caravan or the various soap and detergent companies which helped create a new daytime television genre, the soap opera, advertisers have played a large hand in the growth of television.

In return, television moguls became incredibly wealthy. Even today, Twenty-First Century Fox's Rupert Murdoch and Viacom's Sumner Redstone are among some of the richest men in the world and have made early investors billions in profits as well. So when an article compares a young industry to television six decades ago -- a time fondly remembered as "the Golden Age of Television" -- it pays, literally, to take note.

The Atlantic has found the next-generation television. Reading the tea leaves from Pew Research Center's State of the News Media report, they boldly claim that industry is mobile advertising.

Mobile is eating everything, including digital

After noting the percentage of mobile advertising is 20% of total U.S. advertising, a figure that equals television's share of total advertising in 1955, The Atlantic points out two stats investors need to know about the marketing industry:

But it's not all of digital that's growing, as desktop advertising has performed worse than non-digital advertising during this same period. Since 2011, ad spend on desktop has dropped 10%.

How is digital marketing growing robustly while desktop is in a state of decline? Two words: mobile advertising. Pew, using data from marketing analytics firm eMarketer, states mobile advertising increased by a "factor of 30" during this four-year period.

Mobile advertising is a much more concentrated industry than traditional television. Unlike cable TV, where four companies control half of all marketing spending -- Time Warner, the Walt Disney Company, Comcast's NBCUniversal, and Twenty-First Century Fox -- there are just two companies that receive 47%, or nearly half, of all mobile display ad revenue: Facebook (NASDAQ:FB) and Alphabet (NASDAQ:GOOG) (NASDAQ:GOOGL).

During 2011-2015, Alphabet grew its top line 18.5% per year -- from $37.9 billion to $75 billion -- 1.5 percentage points above total digital marketing during this period. However, the most intriguing company in mobile marketing is Facebook. Alphabet lost 3 percentage points of mobile market share from 2014 to 2015, dropping from 12% of total mobile spend to 9% last year.

Facebook, on the other hand, increased its lock on mobile marketing by growing its market share 1 percentage point to 38%. From 2011 to 2015, Facebook's total revenue increased 48%, annualized, more akin to the tremendous growth of mobile advertising than the overall 17% digital growth rate.

For growth-oriented investors looking to take advantage of the tremendous shift to mobile advertising, both companies provide exposure, but Facebook appears to be better positioned within the industry.

Television Has Made Investors Billions: Here's What Will Replace It @themotleyfool #stocks $GOOGL $FB $GOOG Next Article
Current