Twenty years ago, a small circle of investors and academics gathered in New York to listen to Berkshire Hathaway's Warren Buffett and Charlie Munger. Here are 11 of the best Warren Buffett quotes (plus two from Charlie!) from the transcript. 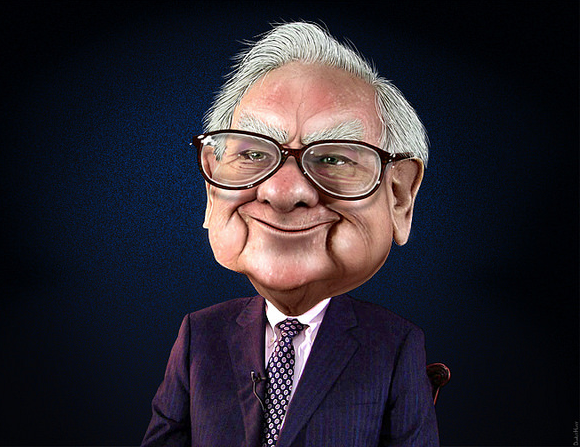 Image source: Based on an image from DonkeyHotey. Republished under CC BY 2.0.

Harriman House has just done Buffettologists everywhere a service, publishing an annotated transcript of a symposium held twenty years ago in New York featuring Berkshire Hathaway Inc. (BRK.A 1.66%) (BRK.B 1.71%) CEO Warren Buffett and vice-chairman Charlie Munger, and a small circle of academics and investors (spotted in the photo gallery: a young Bill Ackman!). For those of you who don't face Omaha, NE daily for prayer, here's my selection of 11 of the best Warren Buffett quotes (plus two from Charlie).

On the role of the board

On what to do with an average CEO

"If you get that first class chief executive -- which is a top priority -- he doesn't have to the best in the world, just a first class one. ... [Y]ou may be able to turn a '5' into a '5 ½' or something by having him consult with lots of other CEOs and get a lot of advice from the board. But my experience is that you don't turn a '5' into an '8.' I think you're better off getting rid of the '5' and going out and acquiring an '8.'"

On the relative impact of excessive compensation

"The compensation question where the first class executive could be in conflict with the owners, I think it gets abused some but don't think that it amounts to that much when compared with the other two questions -- getting the right one and also the question of acquisitions."

On the relative impact of bad acquisitions

"[I]n the end, the big, dumb acquisitions are going to cost shareholders far, far more money than all of the other stuff."

On the ultimate justification for bad acquisitions

"I would say that more dumb acquisitions are made in the name of strategic plans than any other."

On the intractability of the rubber stamp

"I have seen board after board approve deals that afterwards the board members say, 'You know, I really didn't think it was a very good idea but what could we do about it?' And there should be a better mechanism. But I'm not sure what it is."

On Berkshire Hathaway's unique shareholder base

This was in 1996, but almost a decade later, at the 2006 Annual Meeting, Mr. Buffett showed his audience a slide with the percentage of shares that had turned over in the previous year, for Berkshire and a number of its large-capitalization peers:

"I think Berkshire has lower turnover by some margin than any major company in the U.S. I put Wal-Mart up there because the Walton family owns more of Wal-Mart than I do of Berkshire, so [our low share turnover is] not just because of that. Our shareholders are long-term and loyal owners. We have the most honest-to-god attitude of ownership of any public company. People buy it to own it."

"In fact, the day we listed [Berkshire Hathaway on the New York Stock Exchange] I said to Jimmy McGuire, the specialist, 'I will consider you an enormous success if the next trade in this stock is about two years from now.' And they didn't seem to get enthused about that."

On the use of GAAP accounting data

"[T]he numbers as given to us by GAAP accounting are of sufficient utility to us so that we can make a judgment about buying a business without ever seeing whether a plant exists. We do it every day. We have spent billions of dollars utilizing public financials. But there are lots of financials we wouldn't utilize."

"If you are disgusted with conventional accounting, you ought to see investment banking accounting: EBDA -- earnings before deducting anything."

On the potential for misuse of accounting data

"There is no question the leeway I have to report earnings as CEO of Berkshire is enormous. ... In an insurance company, the long-tail business in particular, you can paint any picture you want [with reserves], for a period that probably encompasses enough time to either buy out the public or to effect a major public offering."

Incidentally, to prepare for the conference, the organizer, Lawrence Cunningham, carefully compiled Buffett's best writing from his Berkshire shareholder letters -- the centerpiece of the event. That work resulted in The Essays of Warren Buffett: Lessons for Corporate America. If you're even a semi-serious investor, you'll be doing yourself a great favor by reading it.