Knowing which stocks to avoid can be even more important than buying the right names. Our contributors cast a wary eye over GlaxoSmithKline, Sears Holdings, and Caterpillar. 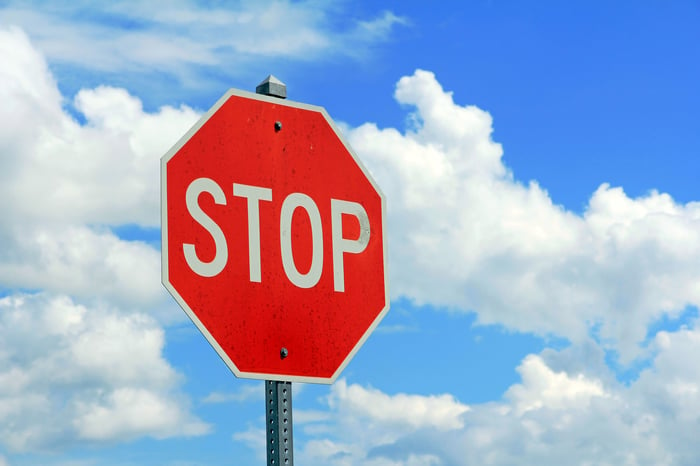 When discussing investment ideas, many people tend to focus on the best companies to buy. However, successful investing is not just about buying the right names. You also need to avoid companies with weak financial performance and deteriorating fundamentals in order to maximize your returns over the long term. In that spirit, our contributors share three companies to stay away from in the month of July: Sears Holdings (SHLDQ), Caterpillar Inc. (CAT 1.42%), and GlaxoSmithKline (GSK 0.48%).

A struggling company in a challenging sector

Andres Cardenal: Department stores operate in a savagely competitive environment. Overall sales growth on an industrywide level has been lackluster over the last several years, and profit margins are under heavy pressure. This means that investors need to be extra careful when picking companies in the sector, and Sears Holdings leaves much to be desired.

Sears' strategy relies on cost-cutting and pricing discounts in order to keep the competition at bay. However, this strategy is hurting the shopping experience at the stores, and sales have been moving in the wrong direction for several years now. 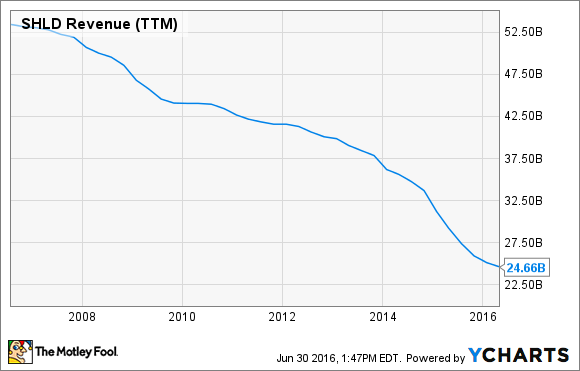 There is no light at the end of the tunnel judging from recent financial reports. Sears announced a 5% decline in same-store sales at Kmart and a 7.1% contraction in Sears domestic comparable sales during the quarter that ended in April. Additionally, the business produced an operating loss of $368 million during the period.

The company is reducing its store count and disposing of real estate assets to improve liquidity. This is the right thing to do considering the circumstances, but hardly a sound enough reason to invest in the company. Until -- or unless -- management proves that it has a viable strategy to reverse the declining sales trend, I would definitely stay away from Sears stock.

Brexit could hit this stock

Neha Chamaria: If I were to pick one company to steer clear of in July, it would be heavy-equipment manufacturer Caterpillar. Blame Brexit for my pessimism.

Caterpillar has been in the dumps for several years now, thanks to tumbling prices of commodities and oil that hit spending activity across the mining and oil and gas industries. Just how bad are things for the company? It earned only $0.46 per share during the first quarter compared to $2.03 in the same period a year earlier.

Unfortunately, investors calling this a bottom may need to rethink. Caterpillar's latest retail sales statistics show no signs of a reversal, with its total sales dropping 12% year over year during the three months that ended in May. Sales fell double digits in all the markets except EAME, or Europe, Africa, and the Middle East, which reported 4% lower sales. Sadly, Brexit could make that number look a lot worse in the near future, as Caterpillar derives about a quarter

of its machinery sales from the EAME region and operates 16 major facilities in the U.K.

While the implications of Brexit are largely unknown, potential trade barriers between the U.K. and Europe and a possible slowdown in both economies post-Brexit could hit Caterpillar hard in the long run. A stronger dollar and lower oil prices are added headwinds. Brexit's timing couldn't have been worse, given that Caterpillar is already battling weak demand from markets like China and Latin America. Add it all up, and you may be better off staying away from Caterpillar for now.

Glaxo may have to slash its dividend soon

George Budwell: Britain's decision to exit the EU is certainly not good news for GlaxoSmithKline. Although I've been warming up to this high-yield dividend stock of late because of the improving sales of its key respiratory franchise, the pound sterling's dip on the Brexit vote could seriously harm Glaxo's top line moving forward and dampen its appeal for income-seeking investors.

After all, Glaxo's top line is already under immense pressure as a result of a bribery scandal in China that has culminated in a major drop in sales from this key emerging market. Even more unfavorable exchange rates could cause the drugmaker's top line to dip into negative territory this year, and perhaps next year as well.

The heart of the matter is that Glaxo is barely clinging onto its top-flight dividend yield of 5.4% at the moment. The drugmaker's 12-month-trailing payout ratio, for instance, presently stands at an eye-popping 681%. Digging deeper, Glaxo exited the most recent quarter with a mere $6.63 billion in cash, and its free cash flow over the past year came in at less than $4 billion.

The pound sterling's dramatic decline on the Brexit vote therefore might turn out be the straw that broke the camel's back, so to speak, in terms of U.K.-based Glaxo being able to sustain its dividend payout at current levels. That's not to say a dividend cut is imminent, but investors will definitely want to tune in to what management has to say on this topic during its next earnings release in the coming weeks. Until then, I'm content to watch this high-yield stock from the safety of the sidelines.

Near Its All-Time High, Caterpillar Could Still Be a Buying Opportunity