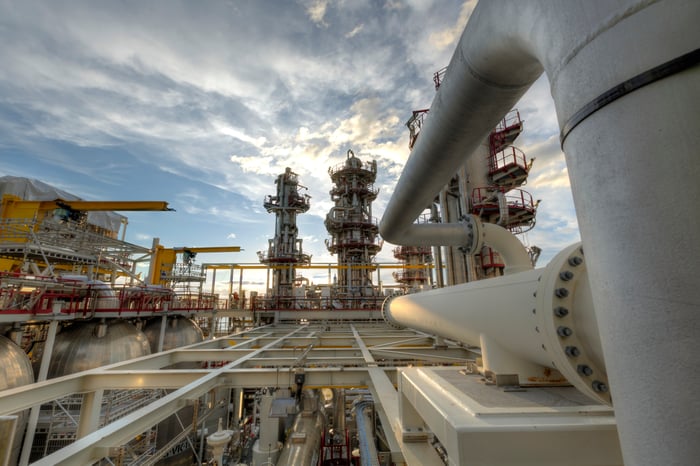 What: Shares of utility Duke Energy Corp (NYSE:DUK) jumped 10% in June, according to data provided by S&P Global Market Intelligence, as the company moves closer and closer to acquiring Piedmont Natural Gas' business for $4.9 billion.

So what: The North Carolina Public Staff reached an agreement in June to approve Duke's acquisition of Piedmont. Among the stipulations were a reduction in Piedmont's North Carolina customers' bills of $10 million, spread over two years, to account for synergies between the two companies. Duke Energy will also make annual charitable contributions of $17.5 million in North Carolina in the first four years after the deal.

These are small prices to pay for the acquisition of natural gas infrastructure that serves 655,000 customers in the state.

Now what: Duke Energy's biggest goal in acquiring Piedmont is to diversify its business away from the electric utility business, which has become higher risk in recent years. Customer demand isn't growing, and new energy sources like rooftop solar are encroaching on the monopoly electric business. So, buying natural gas assets gives the company the diversification it needs, along with strong cash flow in a growing business and a bigger presence on the East Coast.