Please ensure Javascript is enabled for purposes of website accessibility
Log In Help Join The Motley Fool
Free Article Join Over 1 Million Premium Members And Get More In-Depth Stock Guidance and Research
By Ashraf Eassa - Jul 7, 2016 at 8:30AM

This struggling graphics processor maker wants to boost its market share in this key growth market. 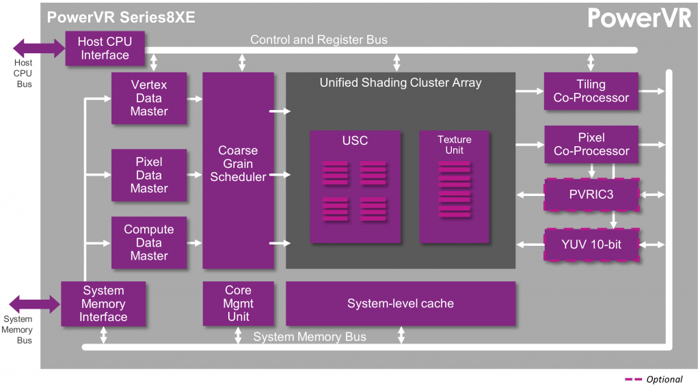 However, Imagination has struggled in recent years as low-end and mid-range smartphones have increasingly adopted graphics technology from much larger peer ARM Holdings (ARMH). Qualcomm (QCOM -0.76%) uses its own home-grown graphics processor family, known as Adreno.

In announcing its own financial results, Imagination Technologies updated investors on its strategy in both mobile graphics as well as in other markets. 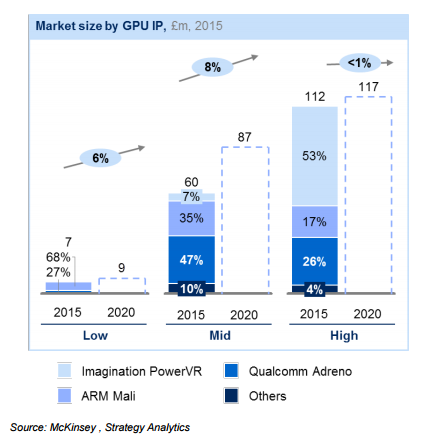 The low-end and mid-range portions of the market, however, are growing faster than the high end is. However, it is in these segments that Imagination's weakness becomes clear: It has just 7% of the sizable mid-range market and negligible share of the low-end market (although the revenue opportunity there seems quite small).

The strategy that the company outlined, then, is quite sensible.

Attack the mid tier and defend the high end

Imagination hasn't disclosed details of the Series 8XT family of graphics cores, but I'm sure we'll learn more about them soon. Perhaps Apple will adopt the Series 8XT in its upcoming A10/A10X processors later this year or early next year?

Imagination has, however, talked about the Series 8XE and has, unsurprisingly, talked up area and efficiency benefits relative to the competition. The real litmus test, though, will be how broadly the technology is adopted by the important system-on-chip makers.

Imagination is unlikely to convince Qualcomm to ditch its home-grown Adreno architecture for PowerVR, so the company will primarily need to grab share away from ARM at system-on-chip makers that don't use their own graphics IP such as MediaTek, Spreadtrum, and HiSilicon.

Can Imagination pull it off? Only time will tell.