Please ensure Javascript is enabled for purposes of website accessibility
Log In Help Join The Motley Fool
Free Article Join Over 1 Million Premium Members And Get More In-Depth Stock Guidance and Research
By Keith Noonan - Jul 9, 2016 at 11:30AM

Warner is on track to continue growing as a games publisher. 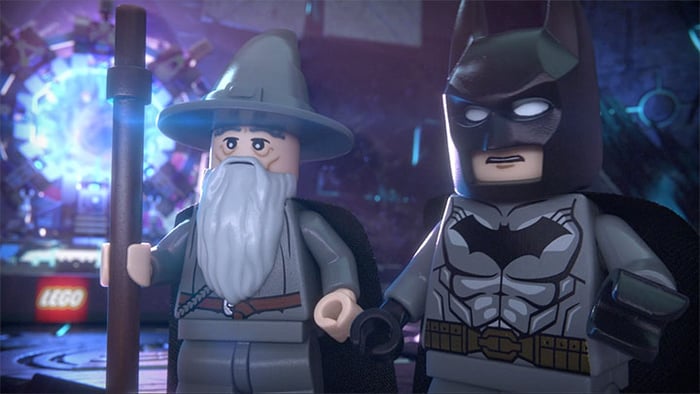 Time Warner's (TWX) video game business has gained ground in recent years, and the company looks to have an ongoing growth opportunity in interactive entertainment after posting its best game sales ever in 2015.

The company's gaming release calendar for 2016 looks to be lighter on some of the big franchise releases that pushed the company's gaming business to new heights last year, making it unlikely that this year's sales will top 2015's, but investors can probably count on Warner's gaming division to continue gaining ground going forward.

What to expect from Warner's 2016 gaming lineup

June 28 saw the release of Lego Star Wars: The Force Awakens on a wide range of console and handheld platforms, and the game is likely to be a strong performer for Warner. With a wide platform launch, two strong licenses, and the proven game play formula of the Lego series, the game could go on to do somewhere between $8 million and $10 million in lifetime sales.

As for the rest of the year, an expansion pack for Lego Dimensions will probably be Warner's most significant gaming release in the remainder of 2016. The first Dimensions proved to be a sales success, but Walt Disney's decision to exit games publishing and end its Infinity toys-to-life game series combined with reports of a sales decline in Western Europe have prompted concern about the future of the genre that involves toys with the games. While it's possible that toys-to-life could lose their appeal in short order, the established strength of Lego seemingly puts Warner in good position to continue bridging toys and video games.

Turning to the world of capes and cowls, Warner is slated to release Batman: Arkham VR in October exclusively for Sony's PlayStation VR, but whether the game will be a full-priced title with a retail release or a free or paid downloadable title has not been announced. Early feedback for Arkham VR has been positive, and there could be value for Warner in getting in at the ground floor of virtual reality with one of its biggest properties, but the high price of VR headsets and small user bases mean that the game, and other VR titles, will probably not be a big financial contributor for Warner in the near future.

There are also hints that Warner will announce a new content pack for its 2015 fighting game, Mortal Kombat X, next month and have the update released before the year is out. Another downloadable expansion for the game seems to be a likely proposition, and the success the company has had selling DLC for the game points to a likely model for sustaining and continuing to generate revenue from big franchise releases.

In addition to an array of Lego game series, Warner's game business looks to revolve around big franchise releases from its Mortal Kombat and DC Comics properties.

On the DC characters front, Injustice 2, the sequel to 2013's Injustice: Gods Among Us, is being developed by NetherRealm Studios, the unit behind the company's Mortal Kombat franchise, and is making use of the same development engine used for the company's highly successful Mortal Kombat X. The original Injustice appears to have been a solid sales performer, and it's reasonable to expect that the sequel will put up strong numbers, though probably not at the level of a mainline Mortal Kombat release. A 2017 release for Injustice 2 suggests that 2018 will probably be the earliest that a new Mortal Kombat would see release.

Engine sharing between Warner's two fighting-game series should cut down on development costs and could also pave the way for an easy transition for some manner of DLC or full-game character crossover. Injustice 2 is on track for a 2017 release date, suggesting tie-in potential with Warner's Wonder Woman and Justice League films.

Warner has found success with games built around Batman and has an opportunity to build a bigger gaming presence for other DC characters. If the company aims to build games around other Justice League members, it has a basic template to follow from the successful Arkham series and might be able to split development costs between distinct franchises, as it has done with the Mortal Kombat and Injustice series.

Opportunities in mobile and cross-promotion

Warner has a big opportunity for growth in mobile, where much of the broader gaming industry momentum resides. Using its licenses for Harry Potter, DC Comics, Lord of the Rings, Looney Tunes, Lego, and other properties gives the publisher a strong starting point from which to build standout mobile experiences. Whether these titles ultimately come together as quality products that create significant revenue is another matter, but having proven franchises to utilize gives the company a chance to stand out in the crowded mobile marketplace.

Warner's current strength in console games development didn't happen overnight, and its mobile ventures will probably take some time to ramp up, but the company looks to be devoting more resources to developing and promoting games for smartphones and tablets. Suggesting progress on that front, Warner is currently working on a game based off its popular HBO series Game of Thrones that's said to be the company's most expensive mobile title yet. The upcoming Game of Thrones: Conquest represents one of the first instances of Warner transitioning an HBO property to a video game that it publishes and points to the expanding cross-promotional potential enabled by a strengthening gaming business.

Evidence of progress in mobile and console game development and the positive effects of broader industry momentum pave the way for continued growth that extends beyond software sales. Warner has a great stable of characters and entertainment franchises to work with, and success for a property in one segment can create synergistic opportunities in others.