Even though the holidays are months away, it's important to start saving for them in advance.

With summer in full swing, the holidays are probably the last thing on your mind right about now. After all, December is a good five months away, which means you have plenty of time to worry about the extra expenses the holidays typically bring, right? Wrong. Believe it or not, now's actually the perfect time to start putting aside money for what often ends up being the most expensive time of the year. 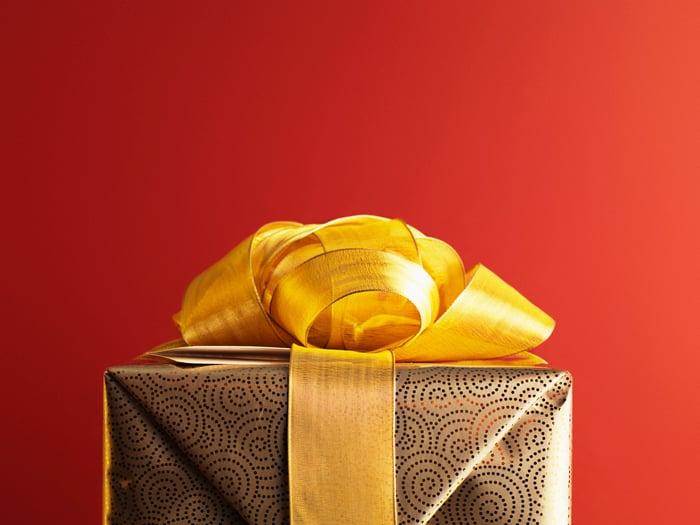 It's nice to be generous around the holidays and shower the folks around you with gifts. But spreading that holiday cheer costs money, and the only way to avoid coming up short around the holidays is to save steadily in the months leading up to December.

Imagine you end up spending $1,500 on gifts in December -- $1,500 more than you usually spend each month. If you don't start putting money aside now, you'll probably wind up spending far more than your monthly paycheck can cover. And unless you have savings (which many of us don't), you'll have no choice but to rack up credit card debt to pay for those extra purchases.

The problem with credit card debt is that any time you carry a balance, you end up losing money to interest charges. Imagine you exceed your usual budget by $1,500 in December and wind up charging that amount on a credit card. If that card has a 14% interest rate (which many do), and it takes you six months to pay off that balance, you'll wind up losing $60 to interest fees.

Now $60 may not seem like such a big deal, but throwing it away on interest charges is a problem for two reasons. First, any time you carry a balance, you risk impacting your credit. And the lower your credit score, the more it will cost you to borrow money when you need it. Second, while $60 may not seem like a lot of money to throw away, you'd be surprised at what such a small amount could do for your retirement.

Imagine that you're 30 years old, and that instead of wasting that $60, you stick it in a retirement account, invest it, and generate an average annual return of 8%. Keep in mind that to get this type of return, you'd need to invest somewhat aggressively (meaning stocks, not bonds), but that's OK for someone decades away from retirement. Now let's say your goal is to retire at 67, which, if you're 30 years old today, is currently considered your full retirement age for Social Security purposes. Over the course of 37 years, you could turn a mere $60 into over $1,000 without having to do a darn thing other than sit back and watch that money grow.

This is precisely why it's far better to save for the holidays in advance rather than risk falling short when the time comes to buy all those gifts. Racking up debt -- even small amounts -- is basically akin to withdrawing cash from an ATM, crumpling it up into a ball, and tossing it into the nearest trash can. On the other hand, if you start budgeting for the holidays when you still have a good five months to save some money, you can avoid debt and all of its negative consequences.

So let's say you expect to spend $1,500 on holiday-related expenses this December. That amount of money is a lot to fork over in a single month, but if you spread it out over five months, you'll only need to come up $250 per month. To get there, you can start by making small changes, because they'll add up over time. Cutting out two restaurant meals per month, for example, could easily put an extra $50 in your pocket. The same goes for walking or biking twice a month instead of hopping in a taxi. No matter how you get there, it's far better to spend six months saving for the holidays than to spend six months paying off your holiday debt.

Also keep in mind that the longer it takes you to pay off a loan, the more it ends up costing. Paying off $1,500 at 14% might only cost you $60 over the course of six months, but if it takes a year to repay that debt, you'll lose almost double to interest fees.

Remember, while the holidays might seem far off, they have a way of sneaking up before you know it. Start saving now, and come December, you'll be in a much better position to spend money on those worthy of your generosity.