While it's hard to predict exactly how much money you'll need in retirement, the more savings you can amass, the better. Unfortunately, Americans, in general, are falling short in this regard: One out of every three has no retirement savings whatsoever.

Even more alarming, however, is the fact that about 30% of Americans 55 and over have yet to start saving for retirement. And among those who have begun saving, 26% have accumulated less than $50,000, which is hardly sufficient with retirement a mere 10 to 15 years away. 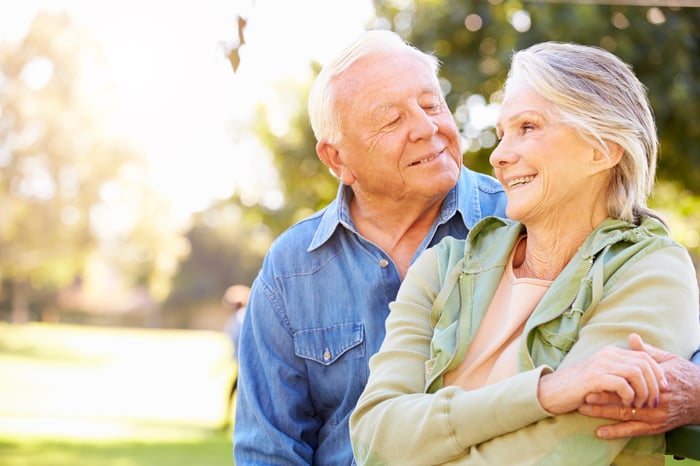 A big part of the problem is that many Americans underestimate how much money they'll need in retirement, and make the mistake of assuming that Social Security will be enough to cover their living expenses. In reality, Social Security is only designed to replace about 40% of the average worker's pre-retirement income.

Most of us need a good 70% of our pre-retirement income to live comfortably in retirement, and many of us require much more. If you're still not convinced, consider these four expenses that many retirees take far too lightly.

You're probably aware that healthcare costs will take up a chunk of your retirement budget, but you may not realize just how much money you're potentially dealing with. Fidelity estimates that the average 65-year-old couple retiring today can expect to spend $245,000 on healthcare over the course of a 20-year retirement, not including long-term care expenditures.

But according to HealthView Services, a provider of healthcare cost-projection software, Fidelity's estimate is actually pretty low. HealthView's 2016 data shows that the average healthy 65-year-old couple retiring this year will spend an estimated $288,000 in lifetime healthcare costs (meaning 22 years for men, 24 years for women). However, Healthview's figure doesn't include out-of-pocket costs for services not typically covered by Medicare, like vision and dental care.

These expenses, when factored in, raise the total cost of healthcare in retirement to $377,000. And, as is the case with Fidelity's numbers, Healthview's numbers don't take long-term care costs, like nursing-home expenses, into the equation.

As homes age, they tend to require more maintenance, and over time, those costs can really add up. A homeowner should expect to spend anywhere from 1% to 4% of a home's' value each year on repairs and maintenance. Plus, the older the home, the higher those expenses tend to be.

Imagine your home is worth $300,000, and that you need to spend 4% of that amount, or $12,000 a year, on upkeep in retirement. That's $1,000 a month right there, which doesn't even include other costs associated with homeownership, like real estate taxes and insurance.

Once you're retired, you're going to have a whole lot more free time on your hands, but unless you're willing to resign yourself to a lifetime of boredom, you'll need to spend some money to keep yourself occupied. According to a recent report from Merrill Lynch, 58% of retirees fail to budget for leisure activities in the course of their retirement planning.

That same report states that retirees will spend an estimated $180 billion on leisure travel in 2016 -- a figure that's expected to climb significantly over the next two decades. And while senior discounts can help offset the high cost of day-to-day entertainment, they won't eliminate them completely.

Sure, you don't have to spend money on your grandchildren, but you may have trouble avoiding the temptation to do so. According to AARP, 25% of grandparents spend over $1,000 a year on their grandkids. While most of that spending relates to gifts, much of it goes toward educational and everyday living expenses, as well. If you have grandchildren, be aware that they may, through no fault of their own, end up eating away at a good percentage of your very-limited resources.

If you're behind on retirement savings, but still have a few more working years ahead of you, you can start making changes that will bring you closer to the financially comfortable retirement you're hoping for. First, start by cutting out small luxuries to increase your monthly savings. If you can somehow manage to sock away $500 a month over the course of five years, even if your investments only generate a modest 5% return, you'll still have an extra $33,000 by the time you're set to retire.

Next, consider postponing retirement by a couple of years so that the money you do save goes further. Finally, start looking into your options for part-time work in retirement. You might even ask your current employer to consider a partial retirement arrangement down the line.

Working part-time in retirement will give you something to do. Just as importantly, however, it will help generate extra income at a time in your life when every last penny counts.