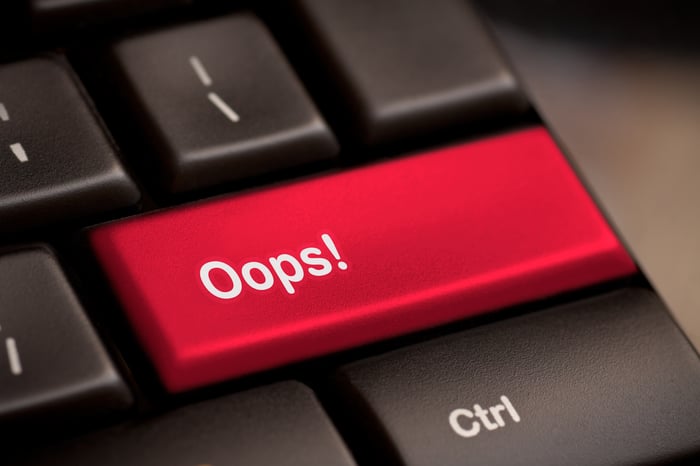 Perhaps traders are exhausted after pushing stocks up to two consecutive highs (Monday's was a long time coming -- more than 400 days). The benchmark S&P 500 (SNPINDEX:^GSPC) and the Dow Jones Industrial Average (DJINDICES:^DJI) (DJINDICES: $INDU) were down 0.11% and 0.03%, respectively, at 12:15 p.m. EDT. Shares of troubled drug company Valeant Pharmaceuticals International Inc are up 3.06% on the news that its second-largest shareholder, Ruane, Cunniff & Goldfarb Inc, manager of the Sequoia Fund, has closed its position. That might seem counterintuitive, but the news is not unexpected -- the Fund had already reduced its stake by nearly half during the second quarter. As such, yesterday afternoon's disclosure eliminates the uncertainty regarding the remaining substantial block of shares, which was a so-called "overhang" on the stock. Indeed, the price impact related to its sale has already been absorbed by the market.

J. Michael Pearson, the former chief executive of Valeant, is a very smart man. Smart enough to effectively bamboozle multiple some very smart money, convincing investors that he had come up with a new economic model for the pharmaceutical industry.

Today, his reputation is in tatters, and those of the investors who were his biggest supporters have been badly tarnished. For Ruane, Cunniff & Goldfarb, a venerable company linked to Berkshire Hathaway Inc CEO Warren Buffett, Valeant's fall from grace ushered in the most serious crisis in its near half-century history and ended the 45-year career of its CEO and sole living name partner, Robert Goldfarb. What are some of the lessons we can learn from this debacle?

Lesson No. 1: Focus is one thing, reckless concentration is another

For professional investors, it makes sense to create a focused portfolio with relatively few stocks and weightings that are significantly different from those dictated by the index. However, focus is one thing, extreme concentration is another. At Valeant's price peak last summer, the stock represented nearly a third (32%) of the Sequoia Fund portfolio.

Basic notions of risk management suggest this was reckless. The size of that weighting was a huge red flag -- the fund's managers ought to have reduced the position by (at least) half at that point.

Think of it this way: That level of concentration exceeds that which is commonly practiced in a private equity fund; meanwhile, private equity companies are control investors (i.e., they have access to all company information and they can select and change managements at will).

Lesson No. 2: When the stakes are high, it pays to listen carefully to external dissenting voices

The report of the Chilcot Inquiry into the invasion of Iraq was released in the U.K. last week. One of the report's findings is that the then-Prime Minister had surrounded himself with a coterie of advisors such that there was insufficient (or nonexistent) pushback against the idea of going to war. When making decisions, it's important to hear dissenting voices, and when stakes are high, it's absolutely vital.

Ruane, Cunniff was lucky enough that it had some dissenting voices: At the end of October, with Valeant's stock down more than 40% from its high, two of the Sequoia Fund's five directors resigned in protest against the size of the Valeant position. One of them, Sharon Osberg is a former world bridge champion and a friend of Warren Buffett's, so she has some experience of risk-taking and decision-making amid uncertainty.

Furthermore, it is unheard of for a fund director to resign, so the resignations were a strong message of disagreement and concern. This was another red flag: Drastic action by the directors indicated they were reacting to a situation they felt was itself drastic. That moment was an opportunity for genuine reflection on behalf of the fund's managers.

Quote of the Day

There's something of a mass psychosis going on related to the so-called starvation for yield. Call me old-fashioned, but I don't like investments where if you're right you don't make any money. -- Jeffrey Gundlach, Chief Executive Officer of bond fund management house DoubleLine.

(Hat-tip to Bloomberg for the quote.)

Like it or not, the Federal Republic of Germany managed to auction 4.0 billion euros in 10-year Bunds [German government bonds] at a yield of minus 0.05% -- the first negative yield 10-year bond auction by a eurozone state.