The design-engineering king is diving headlong into augmented reality, and the upside is enormous.

While virtual reality (VR) gets a lot of press, in large part thanks to the global gaming community, by most accounts that market will be dwarfed in the coming years by the potential represented by augmented reality (AR). The distinction between the two is that VR fully immerses a user into an alternate reality, while AR essentially puts virtual "stuff" into a user's real world, enhancing it.

Many pundits believe that AR will dominate the two alternate reality options because of the multiple commercial applications. And that's where Autodesk (ADSK -1.86%) enters the picture: Autodesk's engineering-related design modeling software is ideally suited to AR, and it's wasting no time in pursuing the cutting-edge new technology. 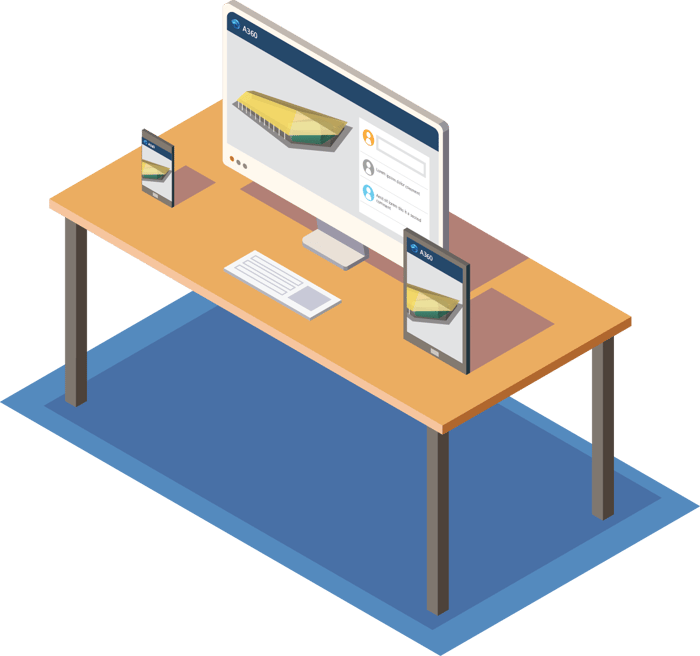 Autodesk recently inked a two-phase deal with Microsoft (MSFT -1.21%) that includes embedding its Spark 3D printing software into the world's most popular operating system, Windows 10. As an Autodesk exec put it, "We're approaching a tipping point with 3D printing, which means there is a huge market opportunity waiting for companies developing applications for Windows 10." And Autodesk intends to get its fair share of that "huge market."

Last year, the manufacturing industry alone -- the primary market for 3D printing, and right in Autodesk's wheelhouse -- generated over $5 billion in revenue, a more than 26% increase from the prior year; that rapid growth rate isn't expected to slow anytime soon. But it's the second initiative of Autodesk's alignment with Microsoft that warrants long-term investors' attention.

The plan, according to Autodesk, is to incorporate "3D models from Autodesk software into the virtual reality environment of Microsoft HoloLens"; this will allow designers to surround themselves in their virtual designs, inspect various aspects, and then make changes as needed. It's this type of application that separates AR and VR in terms of growth expectations.

Combined, AR and VR are expected to generate a whopping $150 billion in sales in 2020 -- good news for providers of both technologies. Here's the best part for Autodesk: of that massive opportunity, AR is forecast to garner as much as $120 billion, easily outdistancing the gamer-focused world of VR. That disparity in market potential is exactly why Autodesk has partnered with Microsoft and its HoloLens: the unlimited applications in the engineering, construction, automotive, and related industries.

Despite the nearly unlimited upside that AR, 3D printing, and similar technologies offer Autodesk, investors might be a bit dismayed given its financial results last quarter, not to mention guidance for fiscal 2017 that suggests a 20% year-over-year decline in revenue. It's no wonder shareholders are sitting on an 8% drop in stock price, year to date. But there's a bit more to the story.

Autodesk CEO Carl Bass and team are in the midst of a significant transition focused on driving annual recurring revenue (ARR) via cloud-based subscription sales. The result of the shift to a more stable ongoing revenue model is that its top line will be "negatively impacted as more revenue is recognized ratably rather than up front." In other words, Autodesk is focused on the same thing as growth investors: generating sustainable, long-term growth. And it's working.

Last quarter, Autodesk grew subscription sales 132,000 sequentially, and now boasts 2.71 million recurring revenue customers and another 567,000 new model subscribers: up 140,000 compared to the prior quarter. On the ARR front, Autodesk is also moving in the right direction, climbing 9% to $1.44 billion on an annualized basis. New-model ARR, which is where Autodesk's alignment with Microsoft's HoloLens will likely be housed, jumped an impressive 71% year over year to $308 million.

Patience is necessary, to be sure, but Autodesk's transition is in full swing and the results are beginning to show. Now toss in the upside offered by a HoloLens-enhanced design software suite, and Autodesk promises to be one of the best, under-the-radar AR investment opportunities around.

Tim Brugger has no position in any stocks mentioned. The Motley Fool owns shares of Microsoft. We Fools may not all hold the same opinions, but we all believe that considering a diverse range of insights makes us better investors. The Motley Fool has a disclosure policy.

My Best Wildly Undervalued Stock for 2023

Autodesk Just Showed Why It Belongs in Every Investor's Portfolio
376%