The prepared-foods company is rumored to hit the market on Friday in an IPO that could gross nearly $430 million.

2016 hasn't exactly been a banner year for initial public offerings. Despite that, we could be approaching the year's second nicely-sized food-business IPO: AdvancePierre Foods Holdings. 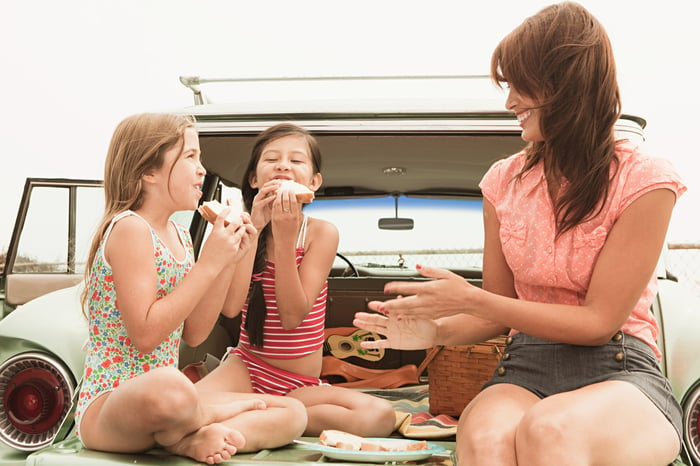 Its IPO isn't nearly as large as US Foods Holding (NYSE: USFD) $1 billion issue this past May, but it's no small-plate appetizer, either. Here's a look at the company and its important issues.

AdvancePierre is a prepared foods producer and distributor with a customer mix that favors the food-service segment anchored by US Foods Holding and Sysco (SYY -2.00%). In fiscal 2015, around 55% of net sales went to such enterprises, with retail outlets a distant second at 25%, and the remainder comprising convenience stores and industrial customers.

AdvancePierre's stock in trade is sandwiches, a category responsible for over two-thirds of its product offerings. The company's goods sprawl across 11 somewhat under-the-radar brands, including Hot 'n' Ready, BIG AZ, and Better Bakery.

AdvancePierre has a big client list that includes over 3,000 names, according to the company. Over half of its sales, though, come from a mere 10, including the aforementioned Sysco and US Foods Holding, which are in fact its top two clients, together responsible for over 25% of 2015 net sales.

That said, AdvancePierre's top 20 clients have been doing business with it for an average of 20 years; that kind of stability is definitely a plus for the company.

Fiscal 2015 was a memorable year for AdvancePierre, as it swung to a bottom-line profit following several years of losses. Its net income was $37 million, and net sales topped $1.6 billion. The company's revenue isn't growing that robustly, though; that latter figure was only 2% higher than the 2014 result.

Debt has stayed more or less level since 2012, but it's a big pile. At the end of fiscal 2015, it stood at nearly $1.26 billion, not far away from what the company reaped in net sales. Interest expenses alone cost the company over $104 million during the year.

Time for a bite?

The market has been selective about the comestibles industry lately. The US Foods Holding IPO didn't set the investing world on fire -- since May, the stock has risen about 10% from its initial offering price. Yet that company's food service peer Sysco has seen its shares rise a healthy 26% so far this year.

In the producer segment, the performance of stocks roughly compatible with AdvancePierre is mixed. For example, Hormel has declined by 8%, but ConAgra is 14% higher.

If I had to wager, I'd put money on AdvancePierre stock not popping after its IPO. I don't feel its product lines or its businesses are particularly distinguished, while its fundamentals aren't compelling enough to fill the stomachs of investors. I'm particularly uneasy about the company's debt level, plus that not-very-dynamic top-line growth.

What's on the plate

AdvancePierre Foods Holding is expected to begin trading on Friday, July 15 on the New York Stock Exchange under the ticker symbol APFH. The company is offering 18.6 million shares in a range of $20 to $23 apiece.

The lead underwriters of the issue are Morgan Stanley, Credit Suisse, and Barclays.

Eric Volkman has no position in any stocks mentioned, and neither does The Motley Fool. We Fools may not all hold the same opinions, but we all believe that considering a diverse range of insights makes us better investors. The Motley Fool has a disclosure policy.