The fees associated with cutting cable may already be starting to add up. 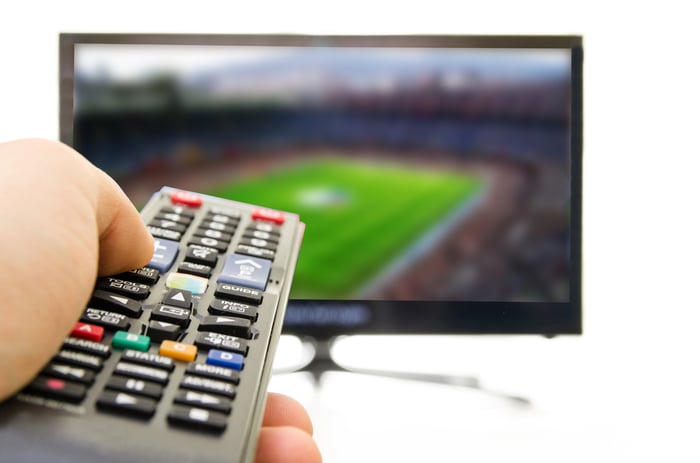 If you want to see the future of streaming content, you can't look at NFL games or UFC matches from streaming providers. You have to look deep in the content vault where they'll test new ways to monetize assets.

As a cord-cutter myself, I sometimes have to search far and wide for content that would normally come on cable, especially live sports. And in many cases, live sporting events are the last holdouts of the streaming revolution, hiding behind the pay-TV paywall and rarely allowing direct streaming access, particularly for high-value events. But Comcast (CMCSA 1.00%) may be showing its hand in how it will charge for content in the future, with an event people may be willing to pay a premium for.

The Tour de France and the future of streaming

This year's Tour de France looks like it's a great testing ground for paid sports content. Comcast subsidary NBC has created an entirely new app for Apple devices (where I'm watching), including Apple TV. But to get access, you have to pay $29.99 for a subscription that also provides content from 15 races throughout the year.

Depending on your level of interest in cycling, $29.99 may seem like a rip-off or a steal for 21 days of bike racing. But for NBC, it's a windfall for consumers willing to pay the price of admission. What You Pay for Sports, a site that tracks sports subscriber fees, estimates the NBC Sports Network, where the Tour de France airs on cable, commands just $0.32 per subscriber. My single $29.99 payment would have covered a full year for nearly eight subscribers of the channel. And that's just for a single (somewhat obscure) event.

Imagine the revenue potential if events like the Olympics, or NBA or NFL seasons, were split into their own subscriptions. Content companies could charge $100, $200, or more for subscriptions that included local content. DirecTV started offering a streaming NFL Sunday Ticket subscription for $199 last year, but leagues like the NBA and MLB have streaming offerings that usually exclude local content. As companies prove that people are willing to pay for sporting events, that may finally be changing.

The nickel-and-diming of sports fans is just beginning

To understand how content companies are thinking about streaming, look at how cable bills have exploded over the last three decades. First, companies started to bundle together channels you didn't want to increase the bill. Then, there were add-ons for sports or movies. And now, there are specialized subscriptions like NFL Sunday Ticket for football. The same dynamic is already starting to play out in streaming content. If you don't have cable, you might subscribe to Netflix, Hulu, and/or Time Warner's (TWX) HBO Now. And there are add-ons to each of those that could increase your bill even more. But that's just the beginning.

I highlighted that the Tour de France is available for $29.99, but that pales in comparison to the bill coming if major sports start to take the same path. The NBA League Pass service sells single games for $6.99, out-of-market single-team packages for $119.99, and full out-of-market access for $199.99. However, that's not the full package, because you would need cable to watch in-market games. All basketball content would be worth well over $200 annually -- and that's just for one sport!

The fees are only going to get bigger for streaming customers, especially when you consider what companies are paying for live content.

Why streaming will be a boon for content providers

What's scary is how quickly fees could start rising for streaming content. According to Bloomberg, Disney's ESPN, Twenty-First Century Fox, CBS, and NBC combine to pay $4.0 billion for NFL games. That's on top of the $1.5 billion AT&T's DirecTV pays for NFL Sunday Ticket. As consumers cut the cord more and more, that money will need to be recouped somehow, and subscriptions appear to be a likely option.

ESPN and Time Warner's TNT are also paying $2.6 billion a year for NBA games, which includes ESPN getting the rights to an over-the-top streaming subscription. How exactly they'll monetize those assets is unclear, but you can be certain that cord-cutters will have to pay a premium for NBA content through those two providers if they want access.

The more things change, the more they stay the same

The same media conglomerates which control the lion's share of cable content costs are starting to figure out how to monetize those assets in streaming form. The business model will be different, with more add-ons and app subscription options, but the theme is that they're all figuring out a way for consumers to pay more for content. NBC is just showing the way this year with the Tour de France.

If you thought streaming would change everything about TV and sports, you may have been mistaken: The more things change, the more they stay the same.

Stocks I Love From Companies I Hate
363%