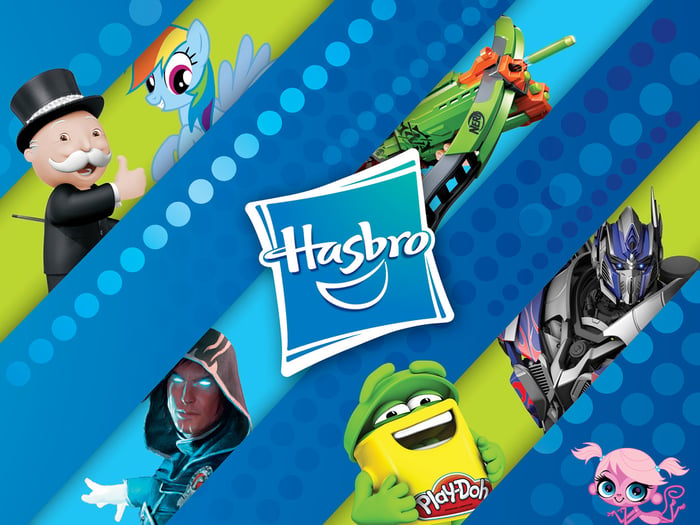 Long-term investors shouldn't place too much weight on analysts' estimates, since Wall Street is focused on the short term, however, market reactions can often be explained by these expectations, so they're worth knowing. Analysts are expecting Hasbro to deliver EPS of $0.38 on revenue of $858.68 million, representing year-over-year increases of 15.2% and 7.7%, respectively.

Beyond the headline numbers, here's what to focus on.

The girls category led Hasbro's results last quarter thanks to a new revenue source: sales of small dolls based on the extremely popular Disney Princess characters and Frozen film. The global rights from Disney to produce and market these dolls transitioned from Mattel to Hasbro on Jan. 1.

Revenue in girls soared 41% -- 48% in constant currency -- last quarter from the previous year's period, as the chart below shows. This category has long been an underperformer, while boys and preschool have traditionally comprised Hasbro's A-Team. Given the new product line, investors should be able to count on continued juicy revenue increases in girls throughout the remaining quarters in 2016. 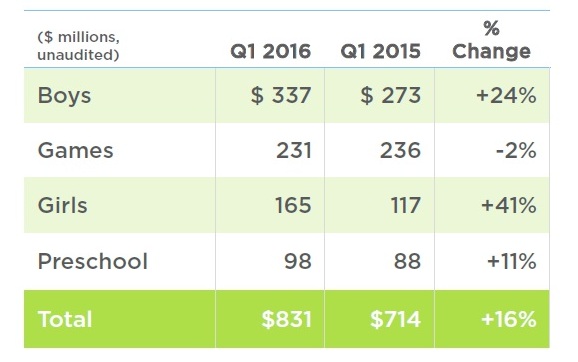 A reminder of a baseline value of the Disney Princess and Frozen license: Mattel's gross sales for this line in 2015 were about $450 million, representing 10% of Hasbro's 2015 revenue.

Hasbro is expanding this line, so investors should see solid growth over Mattel's tally if all goes well. One likely reason that Mattel didn't aggressively expand this line, in my opinion, is because it competes to some degree with its flagship Barbie brand. That's probably one reason Disney decided to move the license from Mattel to Hasbro.

Boys category: The Force Awakens could still provide a tailwind

Hasbro's license from Disney to produce Star Wars-themed toys has been golden over the last two quarters thanks to the phenomenal popularity of The Force Awakens, which opened in domestic theaters on Dec. 18. It's likely that the film's huge success helped to drive meaningful non-holiday-related purchases of Star Wars toys in the second quarter.

While the blowout holiday sales of toys based on the most recent Star Wars film are behind us, investors have a potential repeat to look forward to in 2016: The stand-alone Star Wars film, Rogue One, is slated to open domestically on Dec. 16. Hasbro began rolling out toys based on The Force Awakens to retailers in mid-September last year, so we can probably expect a similar timeline for Rogue One toys.

Sales of action figures and toys based on the blockbuster Marvel film Captain America: Civil War also likely helped power the boys category in the second quarter. The movie, which debuted internationally in April and domestically in early May, is the top-grossing film worldwide in 2016, as of July 11.

The long-term game is Hasbro's to lose

Hasbro sports strong ties with entertainment titan Disney, continues to build upon its broad portfolio of popular brands, has a keen eye for spotting new winning toys and games, and has been executing nearly flawlessly. In short, the long-term game is Hasbro's to lose. So it's important to keep in mind the long-term picture even while poring over the next quarterly report.