Before reviewing a company's earnings release, it's always good to have a sense of what will be addressed.

Honeywell International (HON -1.59%) is set to report its second-quarter earnings on July 22. Optimistic about the quarter, management is guiding for second-quarter EPS to fall between $1.61 and $1.66 -- a 7% to 10% increase year over year. Let's take a look at some things we'll likely hear about when it reports and how we could interpret them.

Of the company's three operating segments, automation and control solutions (ACS) reported the greatest year-over-year sales growth in the first quarter -- 13%. Even though ACS accounted for a segment margin of 14.4% -- a contraction of 140 basis points (bps) -- during the first quarter, Honeywell reported a 3% increase in profit for the segment in Q1.

Attributing the first-quarter contraction, in part, to one-time acquisition costs, the margin drop hasn't deterred the company from reaffirming the ACS segment margin to fall between 16.3% and 16.6% for fiscal 2016. Management stated it had planned for those one-time costs when it formed the full-year segment margin estimate. 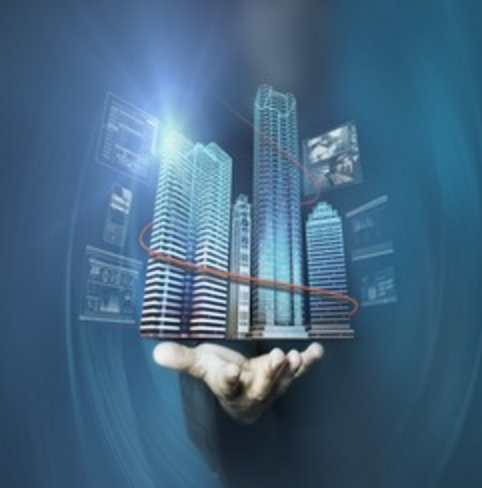 Successful integration of these types of companies is essential if Honeywell wants to remain competitive with Johnson Controls. A leader in the building automation market, Johnson Controls intends to expand its fire and security solution offerings upon completion of its merger with Tyco International by the end of the year.

Busy integrating eight acquisitions, Honeywell is clearly not averse to growing through non-organic means. In the first quarter, it credited sales growth of 3% to its acquisition of Elster and other M&A activity. Removing these deals from the equation, though, we find that Honeywell reported only 1% of core organic sales growth. Circumspect about improvement in the second quarter, management forecasted core organic sales to drop 2%, or remain flat.

When asked about this on the conference call, Davi M. Cote, Honeywell's chairman and CEO, made clear that management was erring on the side ofcaution:

We're just -- we want to make sure that we stay conservative, and hopefully, the first quarter performance continues on organic growth, but we'd hate like hell to count on it and not have it happen. And I'd rather have it be the other way around.

For investors, focusing on the organic sales growth is important; it's a good indicator of the company's financial health. Claiming to see no new acquisitions on the horizon, management is relying on increasing organic sales if it hopes to see any growth at all.

During the first quarter, the company demonstrated its commitment to returning capital to shareholders; it bought back about $1.16 billion in stock. Citing its strong balance sheet and free cash flow, management reaffirmed that commitment in April when it announced its plan to buy back another $5 billion in shares. It should come as no surprise, then, if management reports that it had repurchased more shares during the quarter.

Investors should look for commentary on the share repurchase plan because it will provide good context for the EPS figure. Should managment report that it followed through on the plan, investors should confirm that sales also increaed; otherwise, the EPS growth could be more a reflection of the decreased share count than actual revenue growth.

In addition to the second quarter, management maintains a bullish outlook on the rest of fiscal 2016. Revising the lower end of its guidance by $0.10, it believes EPS will fall between $6.55 and $6.70 -- an improvement between 7% to 10%. Last quarter, Honeywell surprised analysts, beating the EPS estimate of $1.50 and reporting $1.53. Let's see if it can provide the same sort of pleasant surprise for the second quarter.