The different investment vehicles at Cheniere Energy will likely produce different results. Which one is right for you comes down to what you want out of an investment.

Chances are if you have looked at the boom in natural gas across the United States and have searched for an effective way to invest in that opportunity, you have probably come across Cheniere Energy (LNG -0.39%). The US's bountiful supply of cheap gas means there is ample opportunity to export it around the world and generate some decent profits, One issue you will likely come across when looking at Cheniere as a potential investment is that there are multiple ways to invest in the same corporate entity.

To know whether Cheniere Energy or one if its subsidiaries Cheniere Energy Partners Holdings (NYSEMKT: CQH) is the right type of investment for you. You need to know the company's corporate structure and the different results you can expect from the various parts of the business.

Know what you are buying 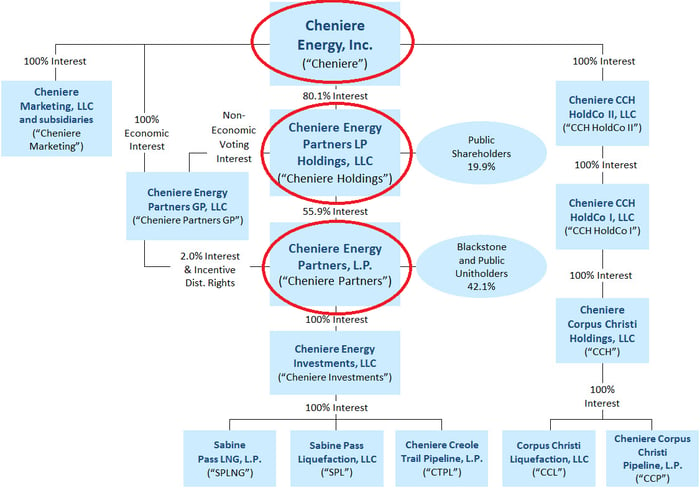 Whether or not you should invest in any part of Cheniere Energy has a lot to do with what you think about the future of natural gas in the United States, and Cheniere's ability to export it cheaply abroad. While it has some reasons for hope with its contracts in place, it still needs to prove if it is an effective operator that can keep costs down and generate returns.