The shale oil extraction revolution has dramatically impacted U.S. oil and gas production. By cost-effectively unlocking the hydrocarbons trapped in these tight rock formations through fracking, producers have unleashed a torrent of new fuel output. The results have been truly breathtaking, with decades-long domestic production declines dramatically reversing course in recent years: 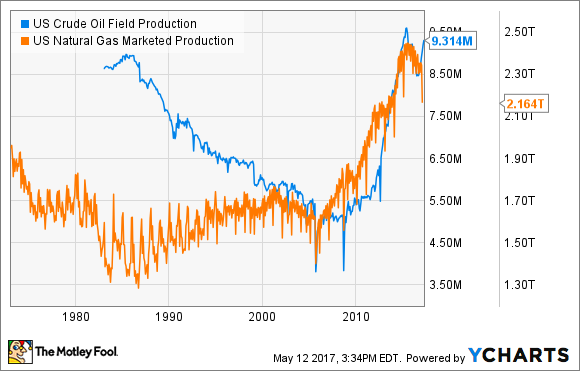 While production has peaked and dipped due to a global oversupply leading to weaker oil and gas prices, the country sits on a now-accessible bounty of shale resources that is projected to last for decades.

What are the largest shale plays?

According to the U.S. Energy Information Administration, the most important shale plays are the Bakken, Eagle Ford, Haynesville, Marcellus, Niobrara, the Permian Basin, and Utica formations. As the map below shows, they are in the Rockies, Texas, and Appalachia. 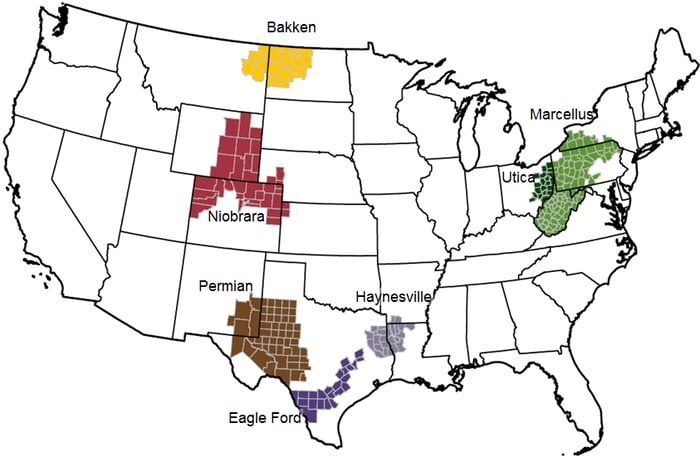 While there are a several other large and emerging shale plays, these seven are currently the most prolific:

In just a few short years, several of these shale plays have developed into world-class producers. The Permian Basin, for example, ranks second only to the Ghawar oil field in Saudi Arabia as measured by production per day. Meanwhile, the Marcellus is one of the top five natural gas fields in the world and produced a fifth of America's gas output in 2016.

What are the largest shale-focused companies?

EOG Resources (NYSE:EOG) has quickly become one of the nation's leading oil producers thanks to its prime positions in the Bakken, Eagle Ford, and Permian formations. In fact, according to the Railroad Commission of Texas (which, by a quirk of political history, regulates natural resources and the environment), EOG Resources was the largest oil producer in 2016, averaging 248,984 barrels of oil per day -- 9.3% of Texas' output. EOG Resources also ranked as Texas' eighth-largest gas producer, accounting for 2.8% of the gas extracted.

Shale-focused peer Pioneer Natural Resources (NYSE:PXD), ranked as Texas' second-largest oil producer in 2016, pulling 167,006 barrels per day from the Eagle Ford and Permian formations -- 6.3% of Texas' production. It was also the tenth-largest natural gas producer in the state, accounting for 2.3% of gas output. 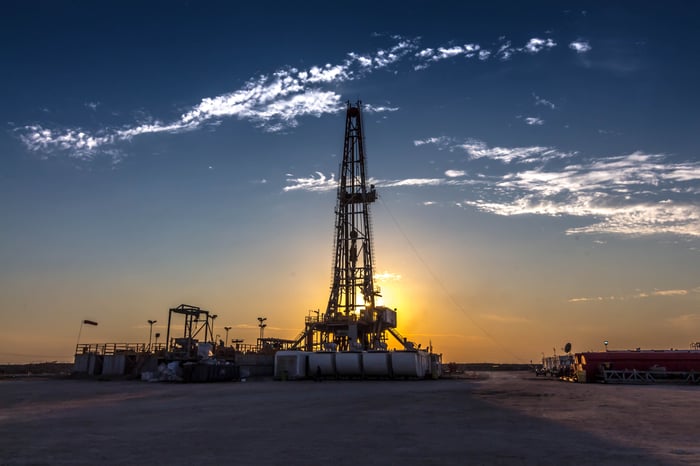 ExxonMobil (NYSE:XOM) subsidiary XTO Energy was Texas' largest natural gas producer last year, accounting for 9.8% of production. It also ranks as the nation's largest natural gas producer, thanks to its prime position in not only Texas' shale plays but also the Marcellus and Utica formations. It's followed by Chesapeake Energy (OTC:CHKA.Q), which controls significant positions in both of those gas-rich formations as well as in the Haynesville.

Turning to the Rockies, Whiting Petroleum (NYSE:WLL) is the leading producer in the prolific Bakken shale -- a position it ascended to when it bought rival Kodiak Oil & Gas in late 2014 for $6 billion. In addition to that, Whiting is one of the leading developers in the Niobrara.

America's large shale plays have been game-changers for the energy industry. Oil and gas companies flocked to the top shale regions to unlock the abundant resources that lie beneath. While the boom that followed led to a glut of oil and gas on the market, pushing prices lower, these basins remain saturated with hydrocarbons. Because of that, these shale plays have the potential to drive robust returns for producers in the decades ahead, once the current glut abates after global energy producers achieve a new supply equilibrium.