Things are looking up for the streaming service. Here's why the company should be in an even stronger position in 2017. 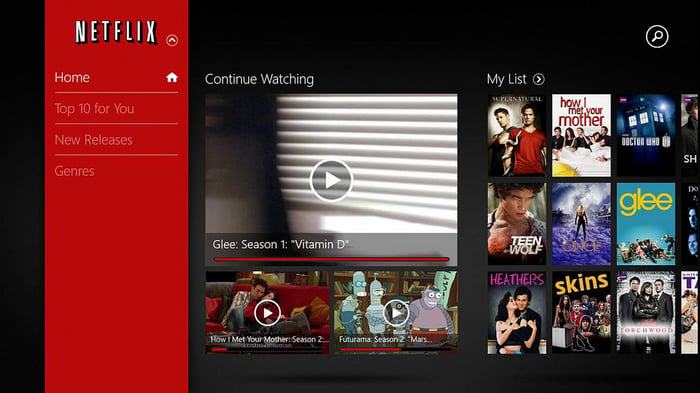 It has been a rough year for Netflix Inc (NFLX -2.80%). After a 134% gain in 2015, the best performance in the S&P 500, shares have slumped this year, falling 14% year-to-date in part due to disappointing guidance in the company's most recent quarterly report.

The stock is likely to remain volatile as Wall Street struggles to figure out the potential of its business model and where the continually evolving video streaming industry is headed. However, the storyline for Netflix is changing. After completing its international expansion in January, the company seems to be moving away from its growth phase and into a maturing process as it takes steps to ensure its leadership in content creation, subscribership, and distribution. Management has promised that it would begin delivering meaningful profits in 2017, and it's already taken some important steps toward that milestone.

Netflix began lifting prices in May for domestic customers who had been grandfathered in at a lower rate for two years after the company's 2014 price increase. Netflix will continue doing so until December when the hike is complete. Those customers will pay $10 a month for the standard package, up from $8 previously. Some analysts estimated the hike could cost the company as many as 500,000 subscribers, but even so, Netflix's bottom line would benefit, as its average American customer paid just $8.69 a month last quarter.

Even at $10 per month, Netflix is still a bargain -- it's significantly cheaper than Time Warner's HBO Now at $15 and much more affordable than a traditional cable package. If the average monthly fee creeps up to $10 by the end of the year, that will give Netflix an additional $718 million in annual contribution profit based on its current subscriber total, a significant amount considering the company is essentially operating at breakeven currently.

In another sign the company is reaching maturity and being recognized as an established player, rival and occasional tormenter Comcast agreed to include Netflix on its new set-top box X1, "providing seamless access to the great content offered by both companies" when X1 comes out later this year.

Netflix has already made similar deals with other cable operators, but the country's biggest cable company's inclusion of Netflix in its platform shows that potential partners know it's a mistake to dismiss the streaming service. The gain in subscribers may only be incremental for Netflix, but giving the more than 20 million Comcast customers easier access to its service is also a win.

Netflix also forged a deal to air the first seasons of Narcos and its Spanish-language series Club de Cuervos on Univision in anticipation of the Season 2 debuts on Netflix. The promotional partnership is a first for the company and could lead to similar ones as it builds up its library of original content. HBO, for example, made a similar move when it sold the rights to stream old seasons of its shows to Amazon.com.

Both agreements show Netflix is gaining influence in the traditional entertainment realm, and that position should only grow over the next year and beyond.

Netflix has recognized that its future lies with original and exclusive content. Over the years, its streaming library has gotten smaller, so the company can develop more expensive original movies and series or buy exclusive rights to properties, as it has done with Walt Disney. Starting in September, Netflix will be allowed to stream Disney films exclusively in the window traditionally given to pay-TV networks like HBO.

Netflix is spending $6 billion on content this year and will likely spend at least that much next year as it builds out its subscriber base abroad and seeks to attract holdouts at home. After launching in nearly every country in the world, it no longer has to worry about expansion costs, and its original series, unlike those on traditional TV, aren't constrained by time slots, meaning they should continue as long as there's an audience to justify the production budget.

The streamer also got a salute to its originals strategy from the Emmy Awards this week as it received 54 nominations, behind only HBO and FX. Two Netflix series were nominated for Best Comedy, Master of None and Unbreakable Kimmy Schmidt, and House of Cards scored a nod for Best Drama. The quantity and quality of Netflix's originals should only improve in the next year.

Finally, the streamer is set to reach an important milestone. If subscriber growth over the next four quarters is similar to what it has been in the past year, the company will hit 100 million members next summer.

Though its stock will continue to be unpredictable, the price hike will boost profits, and Netflix's investments in originals and partnerships with distributors and content providers will only make it more attractive to subscribers. While the company may be maturing, as technology improves and the global middle class expands, its subscriber base should continue to grow for many years ahead.