Some of the IT consultant's peers have reported weak results. Will Cognizant avoid the downdraft? 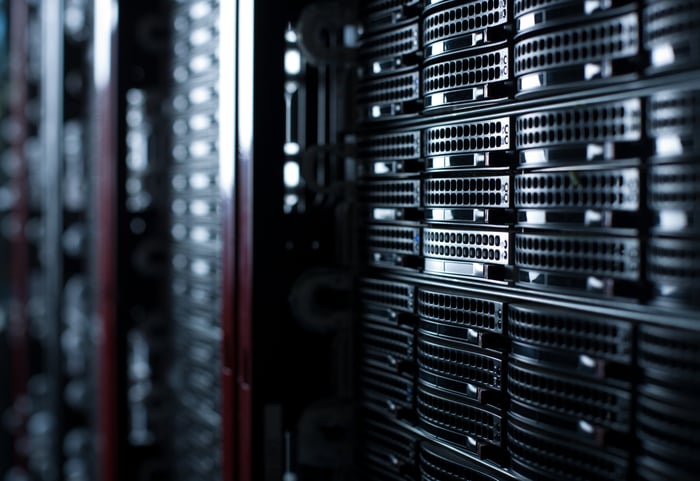 IT consultant Cognizant Technology Solutions (CTSH 1.48%) is just one of many providers of technology consulting services that help corporate customers across the globe manage their technology infrastructure. The wave of progress toward cloud computing solutions has revolutionized the way companies handle their IT needs, and Cognizant aims to make it easy for its customers to navigate the ever-changing technology world to optimize their own experience. Coming into its second-quarter financial report on Aug. 5, Cognizant shareholders are a little worried that the company might hit an air pocket with its results, based on the recent performance of one of its biggest rivals in the space. Let's take an early look at Cognizant Technology to see what investors should pay attention to in its results.

What's ahead for Cognizant earnings?

In recent months, investors have gotten minimally more pessimistic about Cognizant's earnings, cutting their second-quarter projections by $0.02 per share and making similarly modest downward adjustments to full-year estimates for 2016 and 2017. The stock has also given up some ground, falling 3% since mid-April.

Cognizant's first-quarter results showed some of the countervailing factors affecting the IT consulting company. Sales climbed 10%, helping to push net income upward by 15%, but Cognizant's traditional areas of strength in the healthcare and financial industries saw their growth rates slow down somewhat from past quarters. The manufacturing, retail, and logistics segment picked up the slack with faster growth, and revenue gains in Europe and the rest of the world outpaced what the company produced within the U.S. market. However, Cognizant gave guidance that was somewhat discouraging, pushing its full-year revenue target toward the bottom end of its previous range. Projections for the second quarter also indicated a slowing pace of growth for Cognizant.

Part of the issue that Cognizant faces is that relatively weak economic conditions throughout much of the world have potential customers thinking twice before boosting their IT spending. As analysts at Pacific Crest noted in assigning an overweight rating to the stock in early July, when customers do pull the trigger with technology upgrades, Cognizant has done a good job of building up its reputation within the information technology space and competing for lucrative business at the high end of the industry. Clients who have used Cognizant in the past generally have trust in the company, and that should spur repeat business in the future.

What other industry players have seen

The weakness in the industry was evident from the results that rival Infosys (INFY 2.00%) announced in late June. The IT consulting competitor said that fallout from the U.K. decision to leave the European Union would prevent it from reaching its previous sales guidance for the fiscal year, and the company's first-quarter earnings were less than most investors had expected. Because of Brexit, Infosys reduced its revenue growth rates by 1 to 2.5 percentage points. Infosys has particularly strong exposure to British financial companies, and so if London ceases to be as large a player in Europe's financial industry, Infosys arguably has more to suffer than some of its peers. Nevertheless, Cognizant also works in the U.K. and has a lot at stake in ensuring that the European economy continues to perform well and produce the strength necessary to spur customers to upgrade their technology infrastructure.

Still, Cognizant is working hard to make the most of its opportunities. In late June, the company said that Biogen had selected its SmartTrials platform to help manage its clinical trial operational and patient data. Given the need for biotech and pharmaceutical companies to collect data efficiently in a way that complies with regulatory requirements, Cognizant hopes that the selection will lead to still more companies in the healthcare and life sciences industry selecting the consultant for their needs.

In the Cognizant earnings report, investors should look for similarities and differences between the challenges that Infosys faces and what Cognizant sees as its biggest threats. The need for IT consulting will only get larger in the years to come, so it's largely up to Cognizant to set the stage for maximizing its own growth going forward. Even if it takes a short-term hit, Cognizant has plenty of longer-term opportunities ahead of it.

Dan Caplinger has no position in any stocks mentioned. The Motley Fool owns shares of and recommends Cognizant Technology Solutions. We Fools may not all hold the same opinions, but we all believe that considering a diverse range of insights makes us better investors. The Motley Fool has a disclosure policy.