The software giant is walking back on its goal to reach 1 billion devices within two to three years of launching Windows 10. 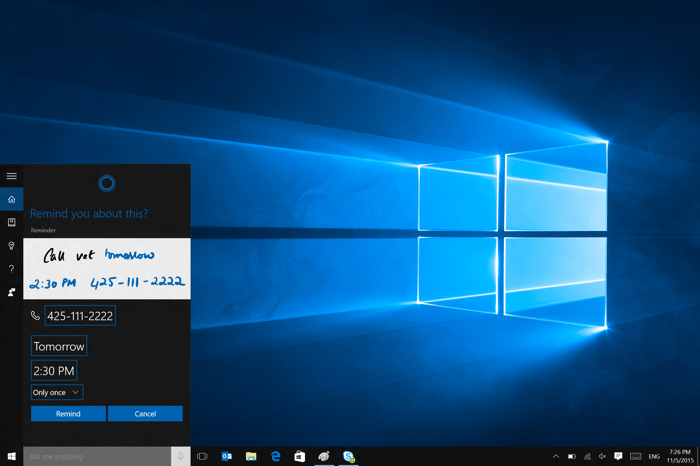 When Microsoft (MSFT -0.80%) first unveiled Windows 10 last year, Terry Myerson -- head of Microsoft's OS group -- said the new OS would be used by 1 billion devices in two to three years. That figure encompasses all the devices Windows 10 can run on: PCs, tablets, Xboxes, and smartphones.

For reference, both Apple (AAPL -0.34%) and Google each have more than 1 billion devices that use their varying operating systems (iOS, macOS, watchOS and Android).

Now, Microsoft is walking back on that goal. A memo from Microsoft to ZDNet last week said the company no longer expects to reach 1 billion devices by 2018. The company is already more than one-third of the way there, with 350 million installs, but adoption will slow going forward.

A big part of Windows 10 is that apps can run on all the different types of devices that support the OS. Developers can create an app for Windows PCs that will run using the same code on Windows phones. Microsoft was hoping to leverage the strength of its PC OS to spur sales of its tablets and smartphones.

The weak results prompted Microsoft to sell its feature phone business and write down $950 million of its Nokia purchase as it exited the consumer phone business. Microsoft will now focus exclusively on the enterprise smartphone market.

Microsoft specifically mentioned "the focusing of our phone hardware business" in its note to ZDNet as a reason the company no longer expects to reach 1 billion users by 2018. Considering Windows 10 was designed to grow Windows Phone users and developers, this is big admission from from Microsoft.

The free upgrade period is ending

PC users with Windows 7 or Windows 8 had the opportunity to upgrade to Windows 10 for free. That free upgrade window will close at the end of the month.

The strategy worked. Microsoft says Windows 10 is the fastest-growing Windows version in history. As of the end of June, Microsoft had 350 million monthly active Windows 10 devices in use.

But with the upgrade window closing in the next couple of weeks, Microsoft has likely already picked all of the low-hanging fruit. After the first week Microsoft already had 14 million installs, and it had 75 million after the first month. It reached 110 million in October, and it's stayed at around that pace of additions (30 million per month) since.

There's no way Microsoft keeps up that pace after the free upgrade window closes, which makes it even more unlikely Microsoft will reach 1 billion active devices within the next two years.

Why 1 billion is important

Microsoft is transitioning from a plain old software company to more of a services company. Windows 10 is a key part of that transition as it puts more emphasis on its consumer services like OneDrive, Cortana, Bing, the Windows Store, and Office 365.

With an increased focus on services, Microsoft needs a broad and unified user base to get the most out of Windows users. Unfortunately, it looks like many people are content with older versions of Windows that don't lend themselves as well to Microsoft's services. Microsoft still believes it will get to 1 billion Windows 10 users, but it will take longer than the company initially hoped.

3 Top Stocks to Buy in December and Hold Forever
363%