Please ensure Javascript is enabled for purposes of website accessibility
Log In Help Join The Motley Fool
Free Article Join Over 1 Million Premium Members And Get More In-Depth Stock Guidance and Research
By Maurie Backman – Jul 22, 2016 at 7:27AM

Just because school's out doesn't mean your kids can't learn a thing or two.

Summer is pretty much every child's favorite time of the year. But while all kids deserve a break from tests and homework, there's no reason summer can't serve as a learning opportunity for your children. Here are three easy, relatable financial lessons to teach your children this summer. 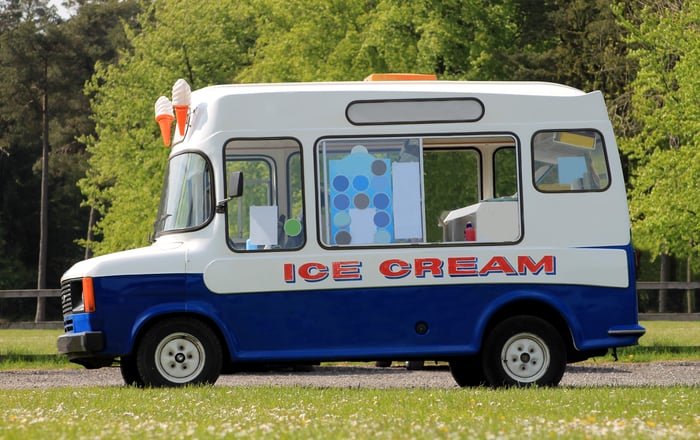 1. Markups will cost you money

For kids, there's nothing better than hearing the jingle-jangle of the ice cream truck up the street. But as a parent, you know that buying an ice cream cone or novelty from that truck means paying a good 400% markup for something you can just as easily procure at the supermarket. The next time the ice cream truck rolls around, don't avoid it. Instead, let your children look at the menu -- and its prices. From there, give them a budget and explain that it needs to last all week -- meaning they can each buy a single ice cream cone at $4 a pop, or they can use that $4 to buy a half-gallon of ice cream at the grocery store, which will last considerably longer.

You might hate it, but the ice cream truck is a great opportunity to teach your kids how markups work, and that avoiding them can make their money go further. Once they grasp the concept, review some other indulgences that come at a markup, like restaurant meals and name-brand clothes, and show your kids what pitfalls to avoid to stretch their dollars.

2. You won't always save money by jumping on discounts

You know that big-name amusement park your kids love -- the one that charges $50 for a single-day admission? Since a season pass only costs about two and a half times as much, your kids might start begging you to go big and buy one for each member of your family. After all, the season pass is a great deal, right? Not necessarily.

If you were truly intending to go to the same amusement park enough times to surpass the breakeven point of buying season passes, then yes, it pays to purchase them and take advantage of the discount. But if, in reality, your plan was to only go once throughout the summer (or if that's all your budget allows for comfortably), then buying those season passes isn't saving money -- it's spending money on something you either don't need or can't afford.

While it's easy to be lured by the promise of a major discount, this is the perfect chance to show your kids how to avoid that trap. The same holds true for any sort of sale, from the clearance rack at the local department store to the money-sucking pit that is Black Friday. It's better to pay a higher price for the things you need, but buy only the things you need, than to chase discounts just for the sake of snagging a deal. And really, a single visit to the amusement park is probably enough.

There's nothing like a little summertime boredom to invoke your children's entrepreneurial spirit. But if your kids think they're going to strike it rich by going the lemonade stand route, they'd better think again. With competition abounding and profits capped to about $0.50 per cup if they're lucky, the classic lemonade stand is often a one-way ticket to financial disappointment. Rather than do what everybody else is doing to make money, encourage your kids to think outside the box. Explain that their time is worth money, and if they're able to get creative, they'll reap the monetary rewards.

Some potentially lucrative ideas: Have them set up a dog-walking service, offer to mow lawns (which no adult wants to do when it's hot outside), or become yard sale facilitators (your kids can take charge of running a yard sale for anyone in the neighborhood in need of a cleanout, with the understanding that they also get a significant cut of the profits). No matter what ideas you think up, the point is that there's often a financial benefit to be gained by doing something different.

Just because school's out for the summer doesn't mean your kids can't take in some serious money-related knowledge. Summer is a great time to impart some life lessons that will set your children on the path to financial responsibility, so be sure to share that wisdom in between the pool hopping and beach outings galore.