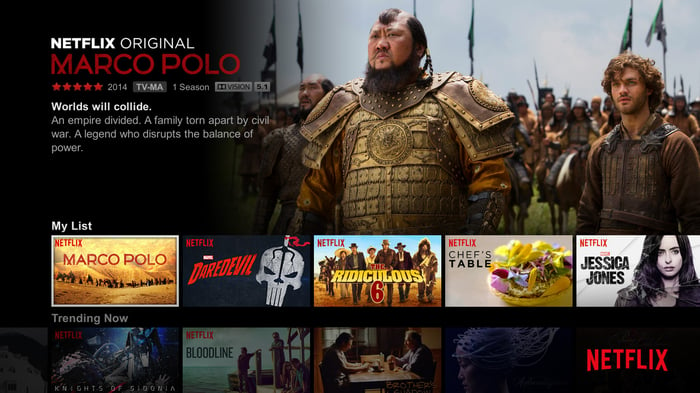 Netflix (NASDAQ:NFLX) isn't growing its membership pool the way management hoped it would. Second-quarter subscriber gains materially undershot the official forecast from CEO Reed Hastings and his team, though the miss seems much smaller in the context of overall membership.

Hastings chalked the forecasting error up to the bumpiness inherent in disrupting a massive market like linear TV. But investors weren't as forgiving, and the stock dropped by 14% immediately following the results.

Short-term subscriber trends aside, the streaming giant actually produced a few impressive numbers around profitability that point to strong earnings growth ahead.

Contribution margin (comparable to profit margin) in the U.S. market ticked up to 34% of revenue from 33% in the prior year. Quarterly moves in this figure can be lumpy since they're influenced by the timing of big content purchases. However, the long-term trend shows a profitable business that's growing stronger over time. Last year Netflix generated $1.4 billion of contribution margin in the U.S., or 33% of revenue, compared to $900,000, or 27% of revenue, in 2014. Margin through the first six months of 2016 is 35%.

Executives have long targeted hitting a 40% margin in the U.S. market by 2020, but in this quarter's letter they added the positive caveat "or even earlier." The brightening outlook likely has something to do with rising prices. Sure, the price hikes convinced a segment of the subscriber base to quit the service. However, Netflix is hoping to grow to multiples of its current membership level. That makes new subscribers, and the monthly price they pay, critical to the business.

There's no sign that these new users have a problem with Netflix's current fees. On the contrary, "our three­ tier pricing is working well for us and for new members, and our gross additions remain healthy," executives said in their Q2 letter to shareholders. As a result, the average revenue per user is showing healthy growth, rising 5% this quarter.

The international business is generating big losses, to the tune of $350 million over the last 12 months. Netflix executives have predicted that the red ink will turn to growing profits as each of its new markets mature -- toward a profit picture that's roughly similar to what investors are seeing in the U.S.

Executives' latest experience has only made them more confident in that aggressive forecast. Management explained in the Q2 results that new markets they launched at least two years ago are on track to deliver a collective $500 million of contribution profit this year. For perspective, that's more than half of what the entire U.S. streaming business generated in 2014.

Netflix added 130 new countries to its footprint this year, compared to the 60 it served in 2015. There will be tons of variability across those countries since they have different tastes for local content, different high-speed internet penetration rates, and varying levels of competition. But it appears likely that this new group of markets will follow a maturation path similar to the kind that previous ones have tracked.

For over a year, Hastings and his team have said that they expect the business to barely break even this year before beginning to generate "material global profits" in 2017 and beyond. The recent results show exactly how that scenario might play out: with increasing earnings from a slow-growing domestic user base and losses that moderate internationally as individual markets mature.