The Redbox kiosk operator is going private. Here's what investors need to know. 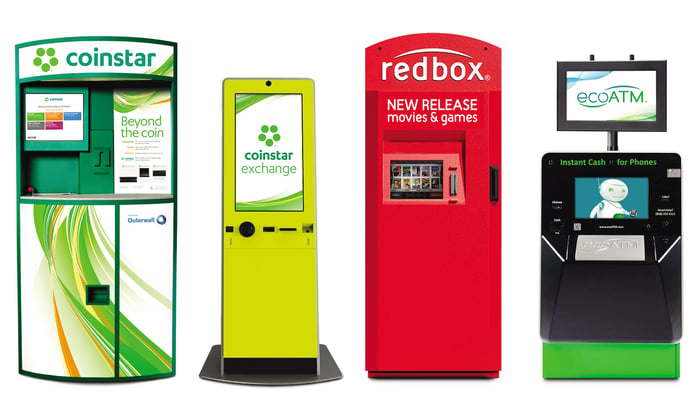 What: Shares of Outerwall Inc. (OUTR) were up 11.3% as of 2:00 p.m. EDT Monday after the kiosk operator agreed to be acquired by Apollo Global Management.

So what: More specifically, Apollo Funds will acquire all outstanding shares of Outerwall common stock for $52 per share in cash, which values Outerwall at roughly $1.6 billion including net debt. The price also represents a 51% premium over Outerwall's closing price on March 14, 2016, just before the company announced it had started a process to "explore strategic and financial alternatives to maximize shareholder value."

Now what: Outerwall's board unanimously approved the deal, which is expected to close in the third quarter of 2016, and, according to Outerwall CEO Erik Prusch, "follows a robust process and provides and immediate and substantial cash premium to our shareholders."

Prusch elaborated, "Apollo is an ideal partner to support Outerwall's efforts to continue serving our millions of loyal customers and dedicated retail partners through our unrivaled network of kiosks and automated retail offerings."

Following the close of the transaction, Outerwall will become a privately held company. As such, and unless holding any longer will result in more favorable long-term capital gains tax treatment, I think Outerwall shareholders would be wise to take today's profits and put them to work elsewhere.

3 Dividend Stocks That Are Too Dangerous

Why Outerwall, Inc. Gained 12% in April