Please ensure Javascript is enabled for purposes of website accessibility
Log In Help Join The Motley Fool
Free Article Join Over 1 Million Premium Members And Get More In-Depth Stock Guidance and Research
By Rich Duprey - Updated Oct 16, 2018 at 10:39AM

Outerwall's agreement to be taken private suggests the end of DVDs is finally in sight.

The announcement that Redbox parent Outerwall (OUTR) agreed to be taken private by hedge fund Apollo Capital Management for $1.6 billion is an admission that the end of DVDs is near at hand. You won't hear people inside the company saying as much, though. Activist investors like Engaged Capital, which pushed for the company to take just this sort of action, might not agree, but it's more clear than ever that DVD rentals are dead and the distinctive Redbox rental kiosks will soon be a distant memory.

Apollo is acquiring Outerwall in an all-cash deal valued at $52 a share, or $900 million, plus the assumption of debt, which brings the total value of the deal to $1.6 billion. If all goes as planned, Outerwall will no longer be a publicly traded company by the end of the third quarter.

With over 40,200 movie rental kiosks in operation, Outerwall suffered a 20% drop in DVD rentals in the first quarter to 137.7 million, which it blames on a secular decline in the physical movie-watching market. With streaming video ubiquitous, it's easier and more convenient than having to run out to a store to rent and return a DVD. The change is apparent even at Netflix (NFLX 1.56%), where those customers who still receive a DVD in the mail fell 15% to 4.5 million accounts. 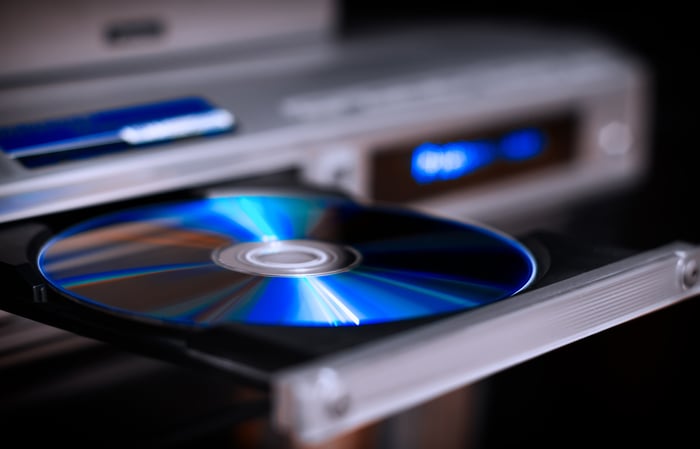 That's still a whole bunch of people sliding DVDs in and out of the tray, but DVDs were always recognized as a way station on the progression from physical media to digital. Of course, the media has long-defied previous predictions of its demise, and even Redbox's existence is something a finger in the eye to those who said the end was nigh. Still, with the decision to take Redbox private, it appears that time is finally at hand.

Although Netflix has 83 million digital subscribers, a threefold increase from just four years ago, the rate of growth has slowed considerably, while the costs for producing content to attract more customers rises.

Outerwall set the stage for its sale earlier this year when it said it was seeking out strategic alternatives for its business following Engaged Capital establishing a stake in the company and calling for it to review its options. Yet even though the hedge fund is looking for Outerwall to get out of the public eye to fix itself, not even its prescriptions entail DVD rentals as a viable business far into the future.

In a public presentation filed with the SEC in February, Engaged Capital sought three things:

By being out of the public eye, Outerwall could better adjust its business without having to worry about meeting Wall Street estimates for revenues and profits. It was that sort of public scrutiny that led Outerwall to throw a lot of projects at the wall to see what would stick: streaming rentals, discounted luxury products, coffee sales, photo booths, and more. None of them worked, and Engaged Capital says now is the time for Outerwall to do what it knows best.

Pay me now or pay me later

Despite the secular decline in DVDs, which the hedge fund acknowledges exists, Outerwall remains profitable and throws off a lot of cash. It's likely why PE companies had their eye on it, figuring they could lard it with debt to pay themselves a handsome dividend (the probability of financing the go-private deal with debt is the reason Moody's is looking to downgrade Outercall's credit rating).

Unfortunately, management has used a lot of that excess cash over the years to buy back its stock, squandering tens of millions of dollars in the process even as it was able to deliver $54 million in free cash flow in the first quarter.

The problem remains Redbox, which accounts for 80% of Outerwall's revenues, but offers operating margins of just 20%. In comparison, its older yet more stable Coinstar change-sorting business generates less than 15% of total revenues but has margins north of 23%.

Coinstar, of course, has its own set of troubles, needing to look to international markets for growth yet facing currency headwinds when it does. Segment revenues rose just 4.4% last quarter because of unfavorable exchange rates.

With its primary business in decline, its better operating segment not meaningfully big enough to carry the company, and a capital allocation strategy that has been all over the map, but without success, the going-private deal is the best thing that's happened to Outerwall investors in a long time, and it suggests that sooner rather than later, its customers will need to look elsewhere for movie rentals.