You might have to wait almost a decade to invest in China’s disruptive smartphone maker.

Many investors have wondered if Xiaomi, one of the biggest smartphone makers in China, will ever go public. In a previous article, I highlighted the main facts about the company which tech investors should be familiar with. Today, I'll discuss how to invest in private companies like Xiaomi, how to anticipate its IPO, and whether or not it would succeed as a public company. 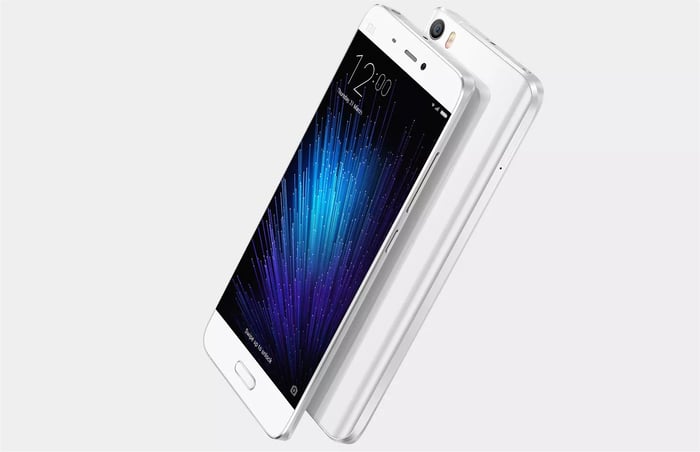 Mainstream investors can't invest in private companies. Only venture capital firms or the venture arms of bigger companies are allowed to participate in the funding rounds which determine a start-up's valuation. Xiaomi's top investors include Morningside Group, Qiming Venture Partners, and IDG Capital Partners -- which are all off-limits to mainstream investors.

The only way to gain exposure to Xiaomi through a public company is via Qualcomm (QCOM -1.88%), which invested an unknown amount in the company back in 2011. However, that stake is likely still tiny compared to its core chipmaking and patent licensing businesses.

But if you've maintained an annual income of over $200,000 over the past two years (or $300,000 in joint income) or have a net worth of over $1 million, you can qualify as an "accredited investor" under SEC regulations. That status enables you to purchase shares of private companies through secondary exchanges like SharesPost and NASDAQ's (NDAQ -1.62%) SecondMarket. However, you can only buy shares if insiders want to sell their shares, and the fees are very high (about 5% of the cash value of the transaction).

That's a risky move for most investors, since private companies aren't obligated to release quarterly or annual reports, and there's no reliable way to track the value of your shares. You could also be buying the shares at an inflated price, and the company might never go public -- meaning that you would have to sell the shares again on a secondary exchange.

But will Xiaomi go public?

Therefore, a more sensible move is to keep an eye out for news about a Xiaomi IPO, and see if your brokerage gets allocated any shares. If so, you can try to participate in the IPO, but there's no guarantee that you'll get any shares -- especially if you are an infrequent trader with a smaller account. If you can't get any IPO shares, then you'll need to wait to buy the stock on the open market.

Xiaomi has repeatedly stated that it is self-sufficient and doesn't intend to launch any more rounds of private funding. Instead, the company is investing its cash flow into new smart appliances and an online ecosystem of apps, which could eventually diversify its top line away from the sluggish smartphone market. That growth could help the company justify its valuation of $46 billion, which is nearly four times its 2015 revenue of 78 billion yuan ($11.7 billion). If Xiaomi were a public company, it would be hard pressed to justify an EV/Sales ratio of 4 when its revenue rose a mere 5% last year.

Despite those challenges, CEO Lei Jun hasn't entirely dismissed the idea of an IPO. Earlier this year, Lei stated that when he founded the company in 2010, he believed that it would take "at least" 15 years to go public. It's unclear how rigidly Lei intends to stick with that schedule, but investors could be waiting until 2025 for news about a Xiaomi IPO.

Will Xiaomi wait too long to IPO?

Many industry watchers think that the right time for Xiaomi to go public was at the end of 2014, when its annual sales rose 135%. But after posting 5% sales growth last year, it's likely that Xiaomi will post flat to negative growth this year due to tough competition and sluggish smartphone sales across China.

However, if Xiaomi had gone public in late 2014, its stock could have plunged due to its slowing sales and high valuation. The company also had an operating margin of just 1.8% in 2013. That figure has likely narrowed due to increased competition across the market -- meaning that it's probably unprofitable today.

But by 2025, the tech landscape should have changed considerably. Xiaomi's smartphones will likely become a cheap and commoditized means to deliver various services which generate the bulk of its revenue and profits. It will also likely be selling a diverse portfolio of consumer electronics which reach far beyond smartphones.

That's what Lei Jun meant when he told Reuters in 2013 that Xiaomi aspired to be more like Amazon and Alphabet's Google instead of Apple. By 2025, Xiaomi will likely have expanded into new markets like Brazil and India, and its brick-and-mortar push could make its stores a familiar sight in major cities across the world. That well-diversified company could be much better poised for a public offering than today's Xiaomi, which still generates over 90% of its revenues from smartphone sales.