Please ensure Javascript is enabled for purposes of website accessibility
Log In Help Join The Motley Fool
Free Article Join Over 1 Million Premium Members And Get More In-Depth Stock Guidance and Research
By Travis Hoium - Jul 27, 2016 at 8:05AM

Clean coal may be dead before the company's flagship plant even turns the lights on. 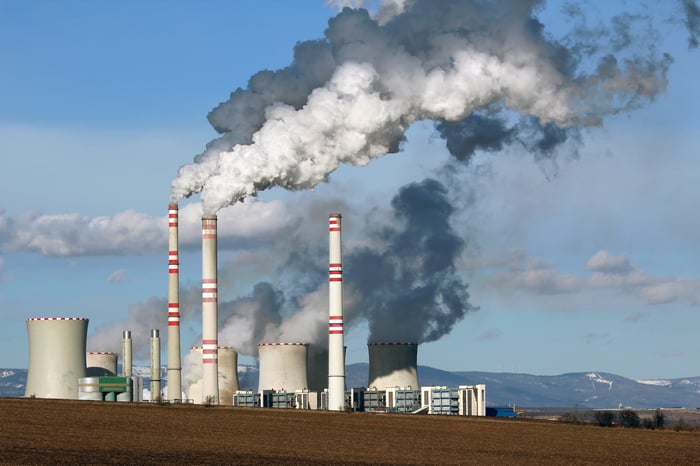 Clean coal was supposed to be a savior for the U.S. coal industry. Old plants could (hypothetically) be retrofitted with technology to make them cleaner, and then the country could burn its vast supply of coal to create electricity. The Kemper County power plant Southern Company (SO -0.14%) has been building was supposed to be a shining example of the future of clean coal.

But the plant is years behind schedule and billions of dollars over budget. And now Southern Company is being investigated for hiding the cause of the delays and cost overruns -- costs, it so happens, that Mississippi residents are already paying for even though the plant isn't complete.

When construction of the Kemper plant started in 2010, it was supposed to be a $2.4 billion project that would be completed in 2014. Since it hasn't been completed, it's obviously already two years behind schedule -- but more problematic is that its cost has ballooned to $6.7 billion.

Delays happen, as do cost overruns, but the bigger problem is that ratepayers are already paying for a plant that's not producing any "clean" energy. It was pushed through with the use of construction work in progress (CWIP) financing, which allows a utility to charge customers for a plant before it ever produces energy. In theory, this saves financing costs and spreads out the cost of the plant, but customers weren't promised the plant would go over budget three times over (some of which Southern Company has to cover).

As a result of the delays and cost overruns, Mississippi Power and Southern Company are beginning to feel the heat. The SEC opened an investigation into the plant earlier this year. Ratepayers are suing the company over the cost overruns that customers are paying for. And the New York Times is reporting that a whistleblower has released thousands of documents that show the utility lied about the costs and timeline of the project.

No matter where this ends, Southern Company appears to be in for a lot of headaches surrounding the Kemper plant, and the clean coal industry is all but dead. Federal subsidies, which were used to build the plant, have been shut off, and with wind and solar costs coming down and low cost natural gas abundant in the U.S., it's unlikely we'll hear much about clean coal projects in the future.

Coal has fallen from prominence in the U.S. more quickly than most people imagined. And with cleaner alternatives in abundance, it's unlikely we'll see many, if any, new coal plants in the U.S. in the next decade. The era of coal is over -- natural gas and renewable energy will replace the fuel source. If "clean coal" couldn't live up to its own promises, I don't know how there's any hope for coal today.