Earlier this summer, Nike (NYSE:NKE) released a new Converse shoe called the Converse Auckland Modern, a hybrid running shoe with soles similar to many Nike running shoes. This is a major change from the brand's classic Chuck Taylors and shows how Nike is continuing its path to reinventing and growing the Converse brand. Here's a look at how Nike's investment in Converse has already paid off massively, and still has plenty of room to run.

In 2003, Converse shoe brand's 95th anniversary, Nike bought the company for $305 million. At the time, Converse had annual sales of just over $200 million. Fast forward 13 years to Nike's fiscal year 2016 -- Converse sales have ballooned to nearly $2 billion, or about 19% growth per year on average. 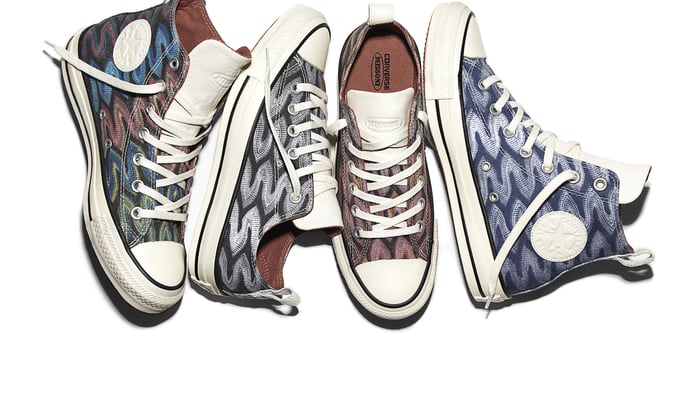 The Converse brand's $2 billion in sales may pale in comparison to Nike's 32.4 billion top line for the year, but it still makes up about a tenth of the company's total footwear revenue. It also represents one of Nike's fastest growing segments in the most recent quarter with 18% sales growth-year-over year.

And while Converse sales may look good, earnings look even better. Thanks to high margins on Converse shoes, the segment makes up less than 7% of company revenue but 12% of total EBITDA at $128 million during the fourth quarter.

This could be the best year yet

Converse sales were actually down 1% year-over-year for fiscal 2016 (up 2% excluding currency fluctuations), but sales jumped 18% in the fourth quarter.

The main reason for the discrepancy seems to stem from a new operating model Nike introduced for Converse earlier in the year. In the second and third quarters, Converse sales actually dropped 3% and 5%, respectively. Nike had warned multiple times that the brand was experiencing short-term pressure as they switched to a "more direct operating model", part of which included a back-end tool to automate processes that was rolled out in various geographies throughout the year.

That transition seems to have worked out by the fourth quarter based on the sales recovery, which Nike said in the release was "driven by a major system go-live that accelerated orders". In case you are wondering if the sales growth looks inflated due to a poor prior year comparison, Converse posted 6% sales growth year-over-year (14% excluding currency fluctuations) in that previous quarter as well. Expect year-over-year comps to continue to surge through fiscal year 2017 as a result.

The future of Converse?

Nike sportswear, which Nike says is "designed for sport, crafted for life", is the more casual style clothes for everyday wear, not just sport and exercise. While that might seem like a small distinction, it has major effects. Nike breaks sportswear out as specific segment within its Nike Brand sales just as it does running or golf. Sportswear accounted for 27% of all Nike brand sales in fiscal 2016 and was the highest growth segment at 14% year-over-year.

"We started on the court and got adopted on the street." The quote, stated on the Converse webpage, might be iconic of Nike's future plans to further incorporate Converse into the Nike brand and help its long-term vision. Converse's leisurely style, updated with a modern feel like the Converse Jack Purcell Signature shoe shown below, could very well be a large part of the Nike Sportswear segment strategy going forward. 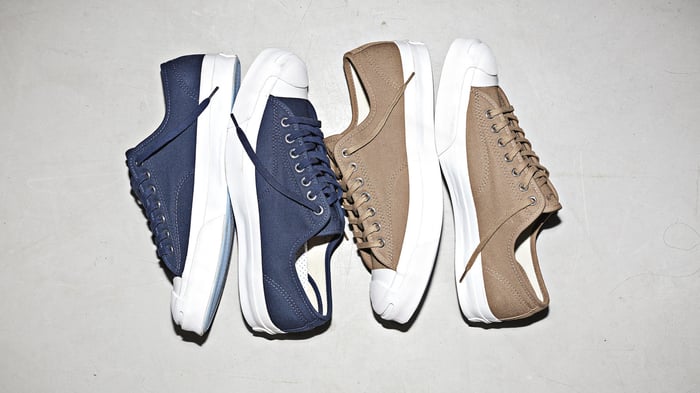 Regardless of whether this ends up being how Nike ultimately sees Converse's future, there's no question that Converse has been one of Nike's most important investments yet. With incredible growth since Nike acquired the brand in 2003, and likely increased success in fiscal 2017 as the new direct operating model is implemented, Converse is one more reason that Nike continues to lead its industry.