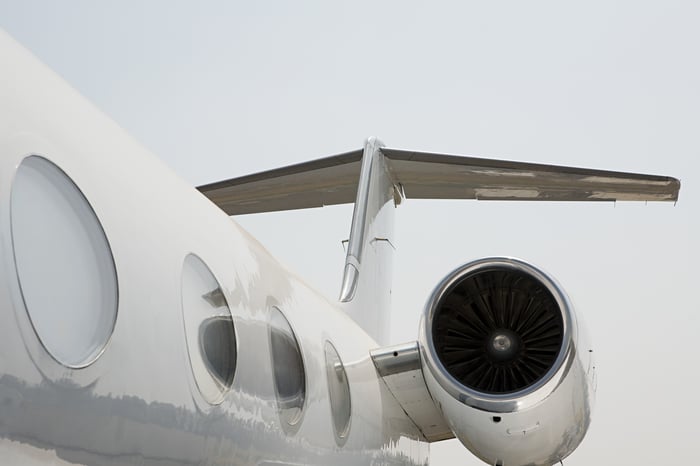 What: Shares of aircraft manufacturer Embraer SA (NYSE:ERJ) dropped as much as 14.5% today after the company reported second-quarter earnings. By 11:45 p.m. EDT shares had recovered slightly and were down 12.4% on the day.

So what: Revenue plunged 9.7% in the second quarter to $1.37 billion as fewer executive jets were delivered. Worse yet, the company reported a net loss of $99.4 million, or $0.54 per share. This includes a $200 million contingency loss to settle a noncompliance investigation related to the U.S. Foreign Corrupt Practices Act.

What really disappointed investors was the reduction in 2016 guidance. Management expects to deliver fewer executive jets, resulting in a decline in revenue guidance from $6.0 billion to $6.4 billion to a new range of $5.8 billion to $6.2 billion. And with the lower sales, earnings will also likely be below expectations in 2016.

Now what: The one positive from the loss is that it will put the investigation behind the company. But orders aren't coming in as quickly as investors had hoped, and that could be a drag for the foreseeable future. With profitability uncertain and EBITDA (earnings before interest, taxes, depreciation, and amortization) now expected to be just $735 million to $840 million, I don't see much value in a company with a market cap of $13.4 billion. And that's what will keep me from buying Embraer's stock today.