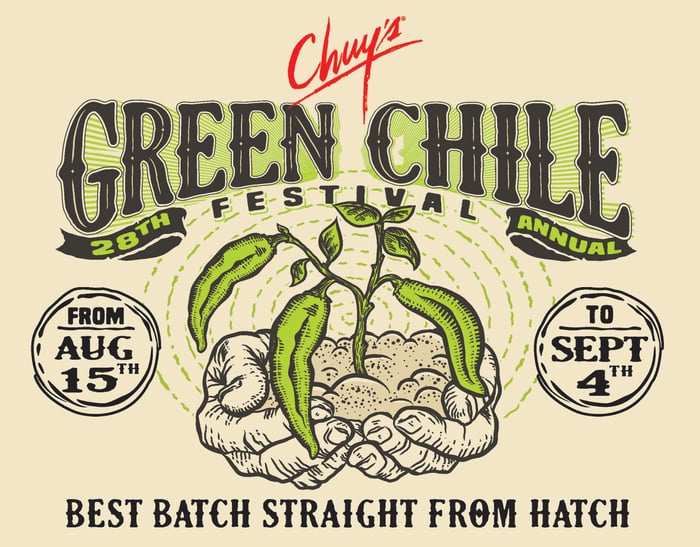 It's not just Chipotle Mexican Grill (NYSE:CMG) that's struggling among burrito rollers these days. Shares of Chuy's (NASDAQ:CHUY) fell by as much as 10% in after-hours trading on Tuesday following the announcement of fresh financials, though it made up roughly half of that carnage once its earnings call got underway.

The casual dining chain specializing in Tex-Mex meals served in a colorful and festive environment saw its revenue for the second quarter clock in at $87.9 million. That's a 17% uptick from the same period a year earlier. Heady expansion accounted for most of the growth spurt. Comps rose by a mere 1%.

That was enough to stretch its streak of positive year-over-year comps to 24 quarters, though this obviously was one of the weakest showings in the series. It's actually pretty problematic. Customer traffic dipped 0.5% during the period. It was customers spending 1.5% more on average this time around that pushed comps into positive territory. Chuy's blames the weather and the timing shift of the Easter holiday -- it went from April last year to March this time around -- for the slowdown in traffic.

Restaurant-level EBITDA rose a reasonable 17% to $18.4 million, and net income climbed 7% to $5.8 million, or $0.34 a share. None of this would justify the urge to sell following the report, and investors were actually bracing for a slight dip in earnings.

The negative initial market reaction can be traced to Chuy's guidance, which may not seem so bad at first glance. Chuy's actually boosted its bottom-line per-share guidance to a range between $1.05 and $1.08, up from the $1.03 to $1.07 it was targeting just three months ago. That may not seem so shabby, but after it landed ahead of market expectations by $0.03 a share for the second quarter, you would rightfully expect more than just a penny or two increase in guidance. It suggests that the second half of the year may be a bit more challenging.

This brings us to the basis for the new guidance, and it's here where the optimism begins to fall apart. Chuy's is now targeting comps to be flat to up a mere 1% for the balance of the year. Chuy's didn't call this a downward revision in its earnings press release, but that's exactly what it is, since it was eyeing a 2% increase in comps during the final three quarters of the year just three months ago. It's also pushing its G&A overhead guidance slightly higher, though it's comforting on that front to see that it didn't get in the way of revising its net income target higher.

Chuy's investors will naturally argue that the situation at former fast-casual darling Chipotle is far worse. Chipotle has rattled off three consecutive quarters of double-digit declines in comps. That's brutal stuff. However, with comps guidance meandering lower at Chuy's, this 24-quarter streak of positive comps may be on borrowed time. It won't have Easter -- or perhaps bad weather -- to blame when it happens, either.

The Chuy's concept is vibrant and exciting. Show up during happy hour and sit in the bar, and you can take advantage of the complimentary nacho bar where patrons can top their chips with a wide array of choices out of the back of a makeshift car truck. That's one way to save money at Chuy's. The other way to save money -- for investors -- is to make sure that its comps guidance doesn't keep winding its way down to zero (or worse) from here.