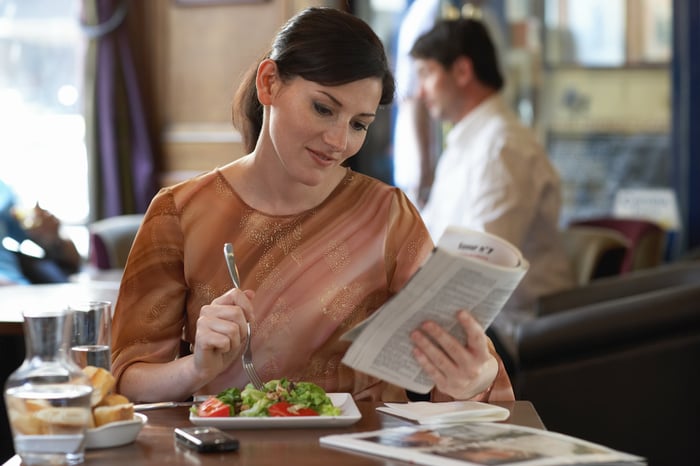 So what: Management said total revenue for the quarter will be about $121.0 million. The bigger worry is that same-store sales were down 0.9% for company-owned restaurants, and franchise stores were down 2.1%.

Results were disappointing, and CEO Kevin Reddy also announced he was stepping down from the company immediately. This leaves a leadership vacuum at a time when Noodles & Co needs leadership to turn operations around.

Now what: After swinging to a net loss in 2015, it's not encouraging that Noodles & Co is still in decline on a same-store sales basis. Typically, that's a great measure of a company profit growth potential because restaurants generate leverage from the fixed costs of each restaurant. So, when same-store sales decline, it can hit the bottom line fast. Until that trend turns around, I don't see much upside for shares. Further, with the CEO position now open, we won't know what the turnaround strategy will look like for some time.