Apple's (NASDAQ:AAPL) third-quarter results didn't disappoint. iPhone sales came in higher than expected, and the company's services segment continued growing rapidly. But some of the most-interesting tidbits from the quarter arguably came from the company's earnings call -- not Apple's quarterly press release. 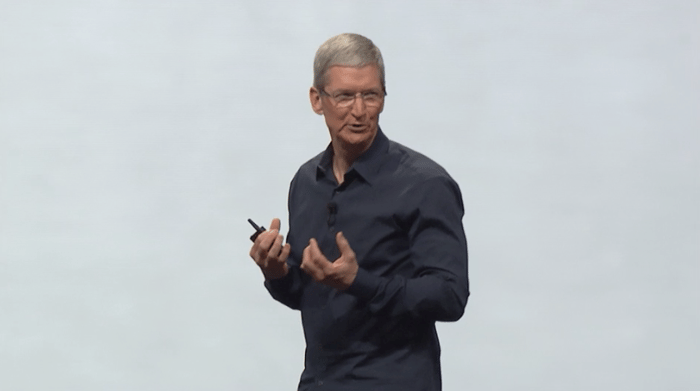 During Apple's third-quarter conference call, CEO Tim Cook shared some key angles on the company's business. Here are some of the most-interesting takeaways from the call (via a Reuters transcript).

Augmented reality will be huge

After Pokemon Go inevitably surfaced during Apple's earnings call, Cook shared insight into the company's view of augmented reality, or a technology that presents a digital image within a user's real-world view -- not to be confused with virtual reality.

It also does show, as you point out, that AR can be really great, and we have been and continue to invest a lot in this. We are high on AR for the long run. We think there's great things for customers, and a great commercial opportunity, and so we're investing.

But investors shouldn't jump to the conclusion that Apple will soon launch an AR-dedicated product. Cook went on to emphasize that "the No. 1 thing" when it comes to investing in AR is "to make sure our products work well with other developers' kind of products like Pokemon."

Apple is bullish on China

In Q3, Greater China revenue was down 33% compared to the year-ago quarter -- a notable pullback considering the segment accounts for about 21% of Apple's revenue. But Cook explained during the earnings call that this pullback doesn't capture Apple's performance in the important market. Indeed, Cook says he is "very optimistic about the long-term opportunities in Greater China."

In China, specifically, Cook said switchers and first-time smartphone buyers "represented the lion's share of our iPhone sales in the quarter, and our installed base of iPhones in China has grown by 34% over the year alone."

Further, Cook was quick to bring some bigger-picture context to the situation:

But to keep things in perspective, when we look back on our accomplishments in this segment over the last couple of years, they are truly remarkable. In the first three quarters of this fiscal year, our total revenue from Greater China was almost $40 billion, up 55% from the same time frame just two years ago, while iPhone units were up 47%.

Apple's services segment, which includes revenue from Internet services, AppleCare, Apple Pay, licensing, and other services, was the company's best-performing product segment during Q3. Revenue was up 19%, year over year. This growth easily trumped Apple's second-place product segment, iPad, which saw 7% revenue growth. All of Apple's other segments -- iPhone, Mac, and "other products" -- reported lower revenue than in the year-ago period.

With services consistently growing at rapid rates, the segment is becoming more important to the tech giant's business. Cook highlighted some useful perspective on how the segment is representing a larger portion of Apple's business:

Because of this continued growth for the first nine months of our fiscal year, services increased from 8% of our total revenue a year ago to 11% this year. And it represents an even higher percentage of our profitability.

The key takeaway from this quote is that services "represents an even higher percentage of [Apple's] profitability." This means that Apple's services segment's reported share of revenue actually understates the segment's impact on profits.

Overall, Cook's sentiment for Apple's current situation and the company's future was optimistic. While management's take on augmented reality, prospects in China, and the importance of its services segment, were helpful, there's more takeaways that can be gleaned from the call. Investors can listen to a saved recording of the call on Apple's Investor Relations page on its website.