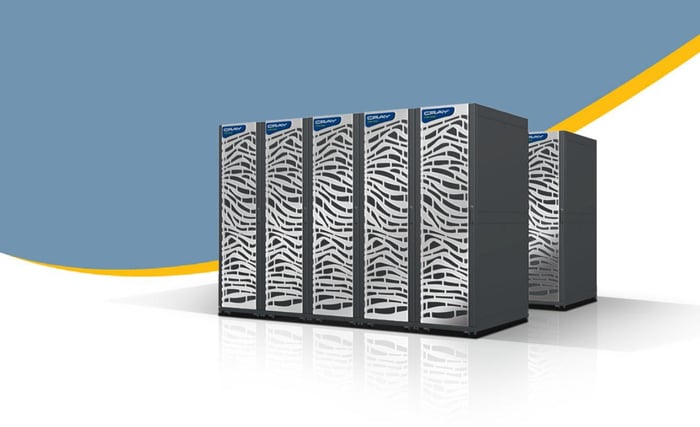 What: Shares of supercomputing veteran Cray, Inc. (NASDAQ:CRAY) fell more than 30% in Wednesday's morning session. The company reported disappointing second-quarter results last night, coupled with soft guidance for the next period. Some of these issues were triggered by five supercomputers taking damage from electrical smoke in the factory.

So what: Cray's second-quarter revenue was $100.2 million, down from $186.2 million in the year-ago quarter. The company saw an adjusted net loss of $0.29 per diluted share, compared to positive earnings of $0.30 per share in the second quarter of 2015. These results were slightly below analyst expectations on both the top and bottom lines.

The electrical smoke accident did not affect the reported results, but pushed down Cray's revenue targets for the full fiscal year. The previous full-year sales target of $825 million was dropped all the way down to $650 million, due to the combination of those five damaged systems and general order weakness.

Now what: The original revenue guidance was already seen as a disappointment. Back then, Cray laid the blame for its soft revenue projections on delayed chip deliveries from component providers NVIDIA and Intel.

Cray can be a frustrating stock. Share prices have plunged 50% below 52-week highs, erasing the upside from last autumn's strong earnings reports. Since the company's revenue depends on a relatively small volume of big-ticket system sales, results are naturally lumpy at the best of times. I'm fine with that, but Cray seems to attract bad luck lately. Accidents happen, key component production runs late, and Cray suffers.

If you're an investor wearing rose-colored glasses, Cray is the victim of rare circumstances and bound to recover on its own. On the other hand, a cynic might point out that where there's smoke, there's an electrical fire -- and insufficient disaster planning.

The truth probably lies between those extremes, but the company has a lot to prove now. I'm more than happy to stay on the sidelines until Cray shows that it can report a few quarters in a row without any major mishaps.