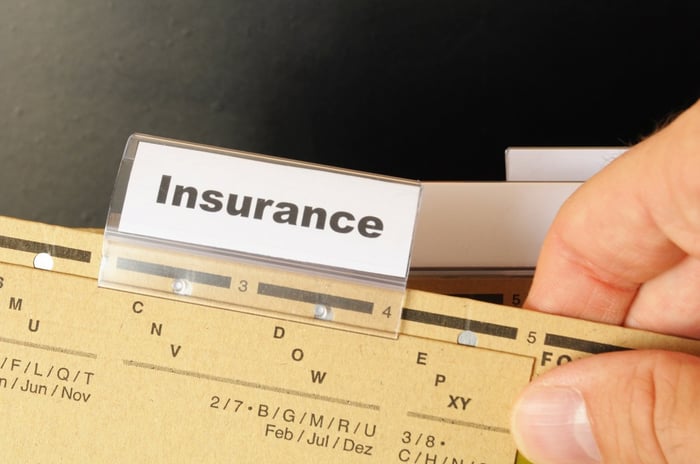 What: Shares of Genworth Financial Inc (NYSE:GNW) are trading higher by nearly 29% at 11:45 a.m. EDT on Wednesday after the company revealed better-than-expected earnings after the closing bell on Tuesday.

Net income, which includes gains and losses on its investment portfolio, was $172 million, or $0.34 per diluted share in the second quarter, helped by a realized after-tax gain of $85 million from the company's inflation-protected U.S. government bonds.

Even after Wednesday's surge, Genworth continues to trade at a fraction of book value. The company reported book value per share of $20.16 under its most conservative calculation, which excludes accumulated other comprehensive income, thus leaving shares to trade at about 0.18 times book.

Now what: Genworth Financial is well on the path of getting stronger by getting smaller. The company noted that it sold its European mortgage insurance business in the second quarter, and reduced its cash expenses "by approximately $150 million pre-tax on an annualized basis," reaching its own cost-cutting targets set earlier this year.

The company also noted that holding company cash and liquidity rose to $934 million, up from $760 million last quarter, giving investors more confidence that the highly levered insurer will be able to manage through a pile of corporate debt that looms over the company.