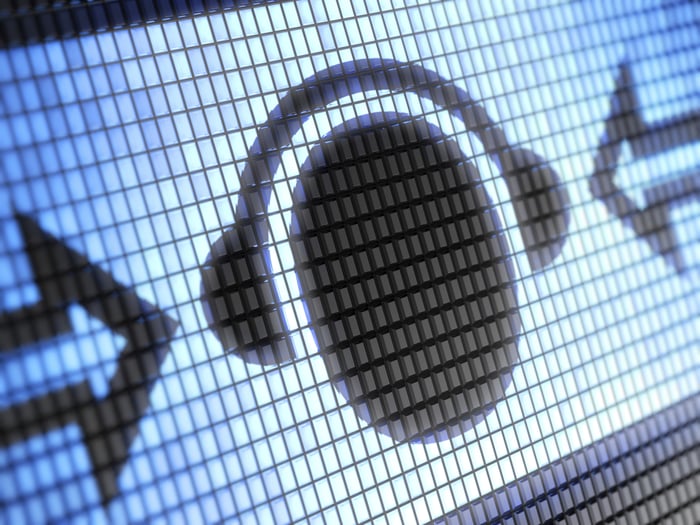 In case you hadn't noticed, streaming is the future of music.

However, for services like Spotify, Pandora (NYSE:P) and (to a lesser extent) Apple (NASDAQ:AAPL) Music, the billion-dollar question remains whether streaming music services can ever produce meaningful profits.

Thankfully, streaming music bulls recently placed another feather in their caps, thanks to a somewhat unexpected source.

Tech investors are likely more familiar with Tencent for its incredibly popular WeChat messaging platform. However, it also owns the QQ brand,  which consists of instant messaging, gaming services, shopping, microblogging, and of course, the aforementioned streaming music service. Regardless of whether you've heard of it, QQ Music's purported ability to  turn a profit in streaming music makes it something of a rare bird in a world where Spotify, Pandora, and Apple Music are all likely continue to hemorrhage money for some time. So how is QQ Music doing it?

As it turns out, Tencent's QQ Music drives its profits through a unique mix of size and scrappiness. For starters, QQ Music serves significantly more users than Spotify, Pandora, and Apple Music combined -- over 400 million monthly active users (MAUs) and 100 million daily active users (DAUs), according to TenCent. For context, Spotify stands as the largest Western streaming platform, and it only counts 100 million total users.

This size advantage gives Tencent's music service tremendous leverage in negotiating with record labels, which it appears the company has done with a deft touch. QQ Music has reportedly secured exclusive Chinese streaming distribution rights  with some major music labels. What's more, its massive scale has led to some speculation that the service also negotiated lower royalty rates -- payments that consume the bulk of Western services' revenues -- though that theory has yet to be independently verified.

Tencent's QQ Music  also monetizes its users by allowing them to conduct additional transactions through the service, such as booking concert tickets, hailing taxis, and paying nominal fees to access exclusive content ahead of its platformwide release. To be sure, Spotify and Pandora have waded into selling concert tickets and the like, but not, it appears, to the extent that QQ Music has. Together, these moves offer a fairly clear map toward eventual profitability for Spotify, Pandora, and Apple Music, though actually following in QQ's footsteps and achieving it may be difficult.

The upside to QQ Music's example is that it apparently proves music streaming services can turn a profit. The downside is that its rubric for achieving this impressive feat may prove difficult for Apple, Spotify, and Pandora to replicate. 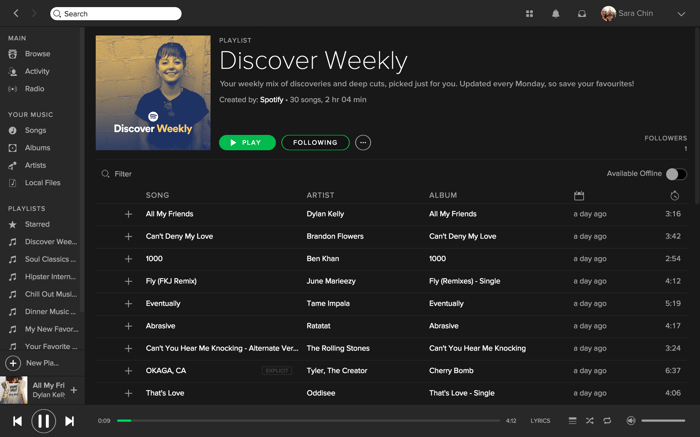 The main constraint is likely size, especially for Spotify and Pandora. Pandora adheres to a royalty rate structure like that of an AM/FM radio station, which makes widespread international expansion effectively impossible for now, though the launch of its widely acknowledged on-demand product could change this. However, for all intents and purposes, Pandora's chances of acquiring a similar user base to Tencent's QQ Music are a pipe dream today. Spotify's 100 million total users makes it by far the largest streaming service outside of China. However, it too would have to grow by a massive degree to approach QQ Music's 400 million MAU figure, which is unlikely to happen any time soon.

Apple, on the other hand, could conceivably build a subscriber base in the hundreds of millions -- eventually. We know there are more than 800 million iTunes accounts.  However, consider that only 15 million users are  subscribed to the service after its first 13 months or so of operation , Apple Music growing to a scale similar to QQ Music seems like a distant prospect.

However, each of those services can and should seek new ways to monetize its existing customers. All three have waded into driving these kinds of ancillary revenues, each in its own way. However, given the challenging economics of streaming, and QQ Music's purported profitability, the evidence suggests they could benefit by further pursuing this strategy.

Streaming music has proven to be a far more ticklish space in which to produce profits than many may have expected. However, considering the high level of interest in it from both investors and consumers, its worth hoping that Spotify, Pandora, and Apple Music can eventually find sustainable business models.

What Apple Music and Spotify Can Learn From the "Spotify Of China" @themotleyfool #stocks $TCEHY $TCTZ.F $AAPL $P Next Article
Current