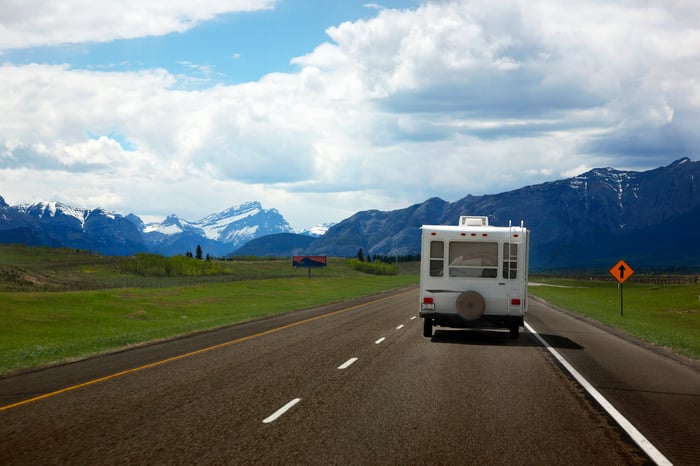 Shares of Drew Industries Inc. (NYSE:LCII) are up 8% since the RV components supplier released stronger-than-expected second-quarter results Thursday after the market close, with the company crediting a healthy combination of strong industry volumes, continued aftermarket business growth, acquisitions, and organic growth for its success. Now that the dust has settled, let's take a closer look at what Drew Industries accomplished last quarter, and its position entering the second half of the year.

What happened with Drew Industries this quarter?

RV industry volume is out-pacing the RVIA's low single-digit unit growth projections for 2016 given at the end of last year, as 2016 second quarter wholesale travel trailers are up nearly 14 percent and fifth-wheels are up over four percent. Travel trailer sales momentum continued this year, which we attribute to a new generation of enthusiasts embracing the RV lifestyle. We are also pleased to see fifth-wheel wholesale units up approximately 900 units and 1,000 units over the second quarter and year to date 2015, respectively. These overall increases for North America have been achieved despite retail sales of towable RVs in Canada being down 19 percent during the second quarter.

Drew Industries didn't offer specific financial guidance for the quarters ahead. But Lippert insisted that Drew Industries is poised to continue thriving through its focus on developing, engineering, and building innovative products, improving service to all customer channels, and identifying incremental growth opportunities through those products, customers, new markets, and new geographies.

In the end, this was a great quarter from a company intent on continuing to deliver value for its customers, while at the same time creating value for its shareholders. Punctuate that obviously admirable combination with encouraging trends in the broader RV market that support Drew Industries' relative outperformance of late, and it's no surprise to see shares of Drew Industries trading near all-time highs today.