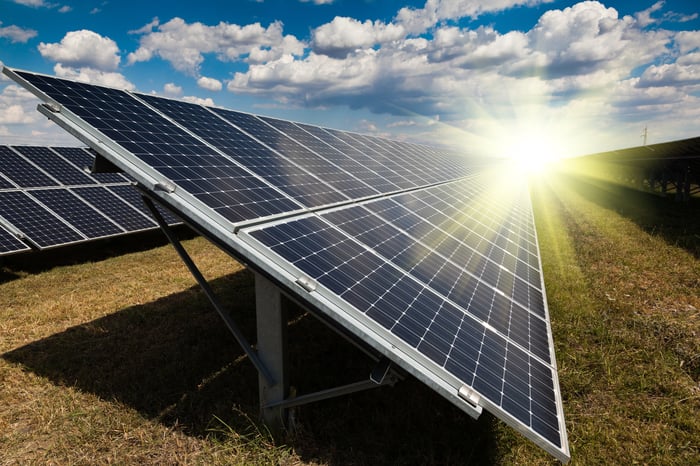 What: Shares of solar manufacturer Canadian Solar Inc. (NASDAQ:CSIQ) dropped as much as 10% today on concerns that the pricing of solar systems may not be as strong as anticipated. At 3:30 p.m. EDT, shares were still down 9.1%.

So what: When SunPower reported earnings after the market closed on Tuesday, it said that sale prices for solar power plants had been lower than expected and demand from U.S. utilities was weak going into 2017. That could mean that projects Canadian Solar is building on the balance sheet will be worth less than investors had anticipated, directly negatively impacting the bottom line.

The other worry is that 2017 demand for solar panels may be weaker than predicted, and that could lead to lower panel prices and even losses for Canadian Solar.

Now what: Solar industry observers knew demand for solar plants would be weak in 2017, particularly in the U.S. But the slowdown may be worse than expected and lower pricing for projects is an immediate concern for solar developers. The long-term picture for the solar industry is still strong, but it could take until 2018 before that promise starts to materialize. And that's not something investors were willing to wait for in trading today.