Main Street Capital Corporation (NYSE:MAIN) has one of the most impressive records in its industry, rewarding investors with beefy dividend yields and capital gains since inception.

Understanding the inner workings of the business development company (BDC) takes a little more work than your average dividend stock, however. Let's break down three key headline areas of its recent earnings report, and some important developments. 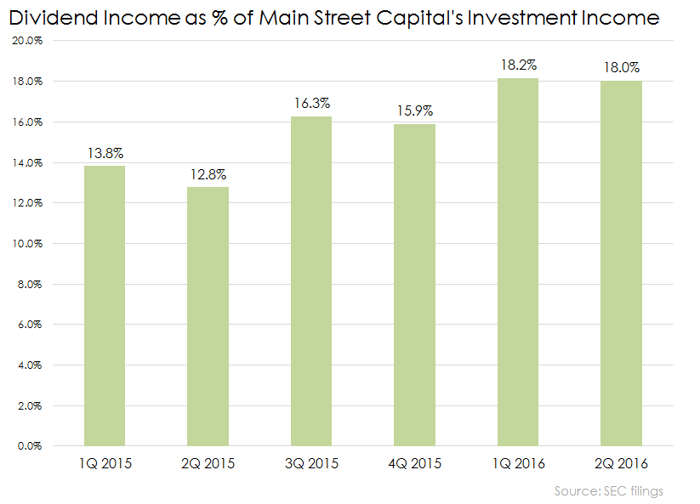 While one can't fault Main Street Capital for investing in a company that continues to deliver extraordinary performance, it's notable that roughly 10% of Main Street's net investment income this quarter came from CBT Nuggets. The performance of this one portfolio company has an outsize impact on the BDC's ability to pay regular dividends to investors.

Perhaps no figure is more important than a BDC's net asset value (NAV), or book value, per share. Though it may fluctuate from quarter to quarter, investors would prefer to see stable and slightly growing NAV over longer periods of time.

This quarter, Main Street Capital reported that its NAV declined to $21.11 per share, down from $21.18 at the end of the first quarter. This decline was largely the result of a special dividend of $0.275 per share that was paid in the second quarter. One can triangulate from its earnings report that NAV would have been approximately $21.39 per share if not for the payment of the supplemental dividend. 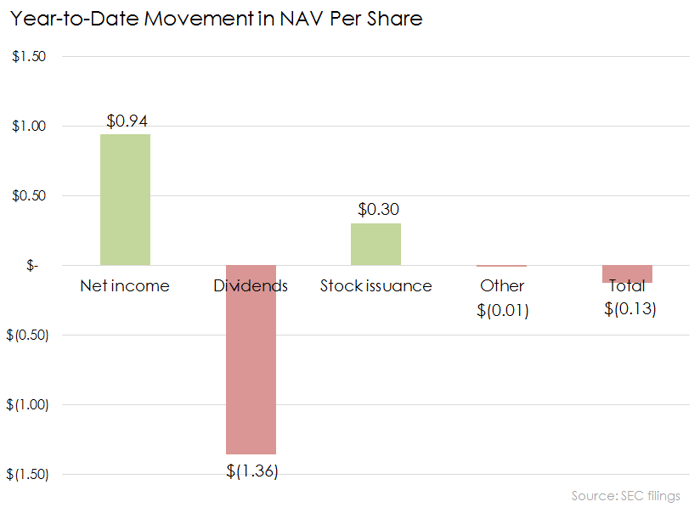 BDCs like Main Street Capital make debt and equity investments in small American companies at high interest rates. As one would expect, more than a handful of these investments simply do not work out.

Currently, Main Street Capital has eight investments on non-accrual, meaning that it's no longer recognizing income from these investments in its earnings reports. These investments make up 0.5% of its portfolio at fair value, and 3.7% at Main Street's cost. Two companies in which Main Street has invested -- Permian Holdings and Larchmont Resources -- were added to the non-accrual list this quarter.

Roughly 1.7% of the company's portfolio at fair value is invested in "oil and gas" and "energy equipment and services" companies, which will probably continue to weigh on its credit performance for as long as oil prices remain depressed.

Getting the green light

Expansion is on the horizon. Main Street Capital noted in its press release that it received approval for a third SBIC license from the SBA, which will enable it to borrow at very attractive interest rates (roughly 2% per year), to make debt and equity investments in tiny American companies.

As of the end of the second quarter, its investments in similarly small companies were paying a weighted average cash yield of 10.5%, allowing for the potential for huge spreads by borrowing inexpensively and lending at higher rates.

This is Main Street Capital's core bread-and-butter business. It's these smaller companies that have generated the bulk of its gains over time, and one would expect that the company will quickly seek to deploy capital into new investments in the coming quarters, helping it pay its recently increased dividend.