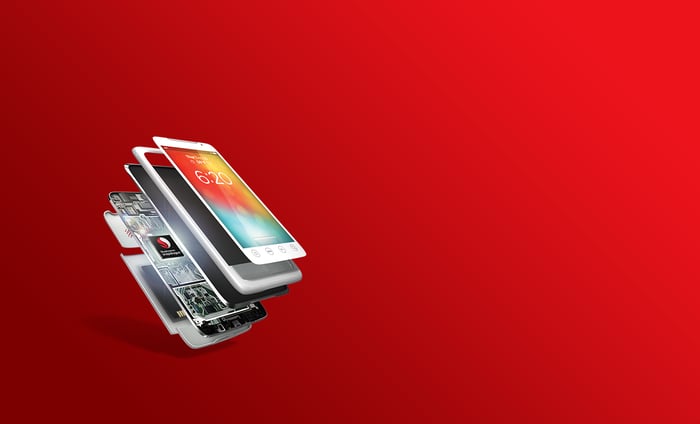 What: Shares of mobile chip giant Qualcomm (NASDAQ:QCOM) rose 16.8% in July, according to data provided by S&P Global Market Intelligence. Following a string of revenue declines, Qualcomm returned to growth during its fiscal third-quarter. The company beat analyst estimates across the board and provided solid guidance for the rest of the year.

So what: Qualcomm reported third-quarter revenue of $6.04 billion, up 3.6% year over year and about $450 million higher than the average analyst estimate. The QCT segment, which includes all chip sales, produced flat revenue year over year, while the QTL segment, which is responsible for licensing, grew revenue by 6%. The total number of MSM chip shipments dropped 11% year over year, but increased 6% sequentially.

Non-GAAP EPS came in at $1.16, up 17% year over year and $0.19 higher than analysts were expecting. Pre-tax income increased in both of Qualcomm's segments, with QCT and QLT reporting 26% and 6% year over year growth, respectively. Qualcomm's bottom line was aided by a decline in R&D spending, which caused total operating costs to shrink year over year.

"We delivered strong results this quarter, with EPS well ahead of our guidance based on meaningful progress with licensees in China. Our chipset business is also benefiting from a strong new product ramp across tiers, particularly with fast growing OEMs in China. We are executing well on our strategic priorities, and we remain confident that our focused investments in 5G and other advanced technologies will create a strong foundation for long-term earnings growth."

Now what: In addition to beating analyst estimates for the third quarter, Qualcomm provided guidance that was strong enough to please investors. The company expects fiscal fourth-quarter revenue in a range of $5.4 billion to $6.2 billion, compared to $5.5 billion during the prior-year period. Non-GAAP EPS is expected to be between $1.05 and $1.15, up 15% to 26% year over year. 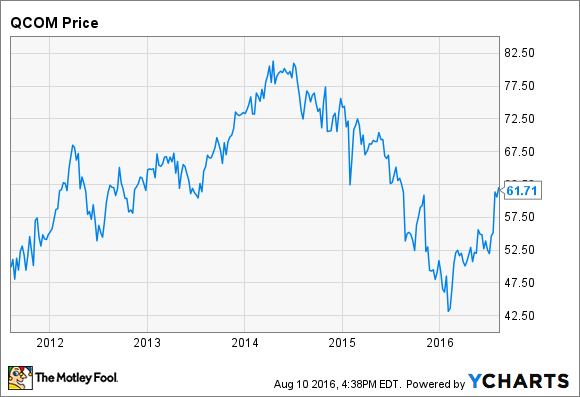 Qualcomm's solid results were a welcome surprise for investors, but the company still faces a difficult environment. The smartphone market is no longer growing as fast as it once was, a fact that will continue to put pressure on Qualcomm's business. The stock is still down substantially since peaking in mid-2014, reflecting lingering uncertainty in Qualcomm's growth prospects.