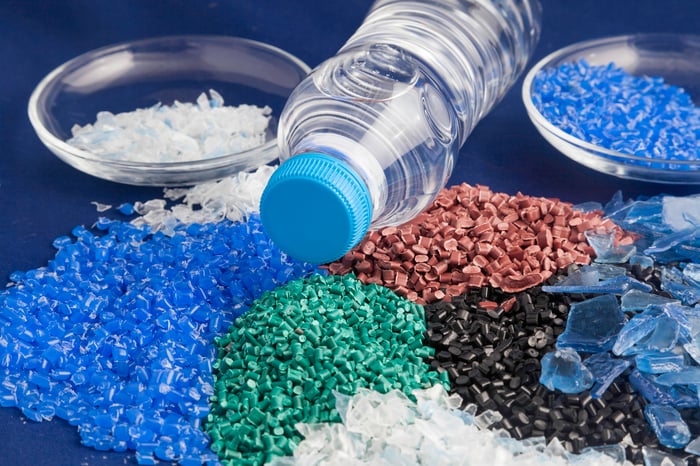 What: Shares of plastics producer A. Schulman Inc. (NASDAQ:SHLM) dropped as much as 34.7% today after the company lowered full-year guidance. At 12:40 p.m. EDT, shares were still down 26.9%.

So what: Management said it expects 2016 adjusted net income to be $1.90 to $1.95 per share, down from a previous estimate of $2.40 to $2.45 per share. Weakness in key end markets of the U.S. and Europe appeared during the second quarter, and has continued into this month, causing the guidance reduction.

While earnings will be down, management pointed out that cash flow continues to be strong and that they're paying down debt with that cash. At the end of July, gross debt was $967 million, whereas it was $1.1 billion at the end of June 2015.

Now what: Pricing in the plastics industry can often be very volatile, leading to unpredictable profits, as we're seeing now. But in the long term, it's good that management is lowering leverage to de-risk the company. And even at the bottom end of the new guidance range, shares now trade at less than 12 times earnings. That's not a bad value, and it gives investors upside for when market conditions turn around.